Revera’s cloud platform is allowing the partially-privatised power company to focus on the customer. 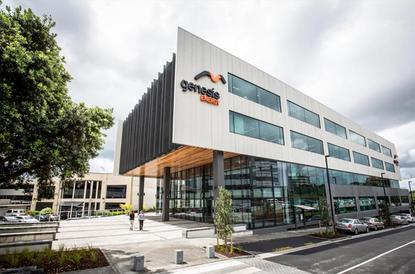 Genesis Energy has shifted its IT infrastructure to the cloud with the help of Spark's Revera cloud platform.

After the completion of a large scale migration this month, Genesis Energy is now running its IT infrastructure from Spark’s Revera Cloud platform.

Executive general manager of technology and digital for Genesis Energy, Jennifer Cherrington-Mowat, said making the move to cloud IT was a logical step to allow Genesis to focus on delivering for customers.

“We’re now in a great position to drive further efficiencies and deliver innovative energy solutions for New Zealanders in a fast-changing energy market,” she said.

“Digital by default” was a major focus for projects, which included a CRM implementation, the build-out of a new integration platform, a move to IaaS, continuing the implementation of a digital strategy and a focus on end-user computing including Windows 10 and enterprise mobility.

In addition to Revera’s cloud platform, Spark is also delivering a package of IT managed services, and business mobile services to the company in a five-year deal.

Spark’s general manager enterprise commercial and trans-Tasman, Vanessa Sorenson, said Spark was pleased to be doing its bit to help Genesis simplify its operation, and focus its efforts.

In February, Genesis Energy announced a “real world” R&D community in South Wairarapa to test, design and develop digital tools that customers can use to engage with how they use energy.

In the first phase of a planned three-year program, the “Local Energy Project” will make use of Genesis Energy's own digital lab to accelerate the development of new products.