Telco to acquire 70 per cent stake in TeamTalk’s Farmside for $10 million in cash. 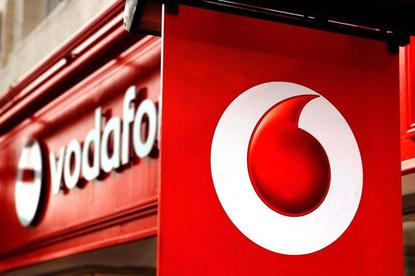 Vodafone has stepped in to gazump industry rival Spark, reaching an agreement with TeamTalk to acquire 70 per cent of the shares in BayCity Communications for $10 million in cash.

BayCity Communications and its wholly owned subsidiaries (trading as Farmside) own and operate TeamTalk’s rural broadband and satellite business.

Confirming the deal less than 24 hours after TeamTalk wholly rejected a "predatory" offer from Spark, the transaction includes a put option that enables TeamTalk to sell its remaining 30 per cent to Vodafone for $3 million at any time in the next three years.

In addition, Vodafone would hold a call option which enables it to acquire the remaining 30 per cent of the shares in Farmside for $3 million in certain circumstances.

"For TeamTalk, this transaction will enable a substantial reduction in debt, provides a clear path forward for Farmside, and further assists TeamTalk to consider the resumption of dividends to shareholders in calendar year 2018," TeamTalk CEO, Andrew Miller, said.

"It also enables us to strengthen our partnership with Vodafone, a significant provider to rural New Zealand."

Miller said the Independent Adviser’s Report which was released on 23 March as part of TeamTalk’s Target Company Statement valued Farmside in the range of $9.6 million to $12.0 million, with the proposed transaction valuing Farmside at $13.0 million.

"This is an opportunity to deliver better outcomes for rural customers, to increase our presence in the rural broadband market and to utilise the skillsets of the two complementary companies," Vodafone New Zealand CEO, Russell Stanners, added.

"The proposed investment by Vodafone in Farmside further deepens the strategic relationship between ourselves and TeamTalk. There are other opportunities for us to partner, for instance sharing fibre including future upgrade and maintenance costs."

Stanners said the transaction builds on the "longstanding relationship" between the two companies and offers the opportunity for "synergies beyond Farmside", with TeamTalk continuing to manage Farmside under a management contract.

Subject to approval by TeamTalk shareholders, it is expected that a Notice of Meeting will be sent to company shareholders next week seeking approval of the proposed sale, with the board recommending that shareholders vote in favour of the transaction.

"The Farmside transaction comes on top of the company’s strategy re-set and transformation programme that saw a return to profitability in the six months ending 31 December 2016.

"It further demonstrates that TeamTalk’s executive team, led by Chief Executive Andrew Miller, are successfully implementing the turnaround strategy to realise the company’s inherent potential and to maximise shareholder value."

Sowry said the TeamTalk Board reiterates its earlier advice to shareholders that the Spark offer is "without merit and not in the interests" of TeamTalk shareholders.

The deal comes less than a day after Spark responded to TeamTalk's unanimous recommendation to shareholders to reject the telco’s offer of 80 cents per share, branding the company’s valuation “absurd”.

As reported by Reseller News, and following a string of discussions and deliberations, TeamTalk directors strongly advised shareholders against succumbing to a “hostile takeover bid” from the telco giant, questioning the value of such a move.