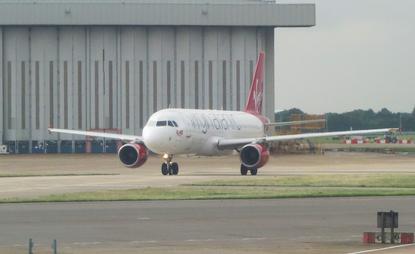 The U.K. is joining the U.S. in its ban restricting passengers from bringing some electronic devices onto flights from the Middle East.

Phones, laptops, and tablets that are larger than 16 cm (6.3 inches) in length and wider than 9.3 cm will no longer be allowed in the cabin on select flights coming from several Middle Eastern countries, the U.K.'s department of transportation said on Tuesday.

The U.K. said it was in "close contact" with the U.S. since the country announced its own ban on Monday.  However, the U.K. made no mention of any specific risk, only that it faces "evolving" terrorism threats.

The six countries included in the ban are Turkey, Lebanon, Egypt, Saudi Arabia, Jordan, and Tunisia.

On Monday, the U.S. Department of Homeland Security announced a similar action that will apply to flights from 10 airports in the Middle East and Africa starting later this week. It also bans consumer devices larger than a smartphone.

Terrorist groups "are aggressively pursuing innovative methods to undertake their attacks, to include smuggling explosive devices in various consumer items,” the DHS said.

However, the electronics ban reportedly stems from no "specific, newly discovered threat," but instead general caution.

Last year, a bomb built into a laptop slipped past an airport security check and exploded on a Somali passenger flight, injuring two and killing the suspected terrorist. A Somali terrorist group with ties to Al-Qaeda reportedly claimed responsibility for the attack.

The U.K.'s transportation department didn't say how long its restriction might last. "We understand the frustration that these measures may cause and we are working with the aviation industry to minimize any impact," it said.

However, the new regulations from the U.S. and U.K. only apply to electronics brought into airplane cabins and doesn't appear to affect any devices checked in baggage.

That's raising some questions over the efficacy of the bans.

"If there is a threat, you need a much, much wider, universal ban -- and explain why iPads & Kindles, but not phablets," tweeted Zeynep Tufekci, a professor at the University of North Carolina who studies technology.