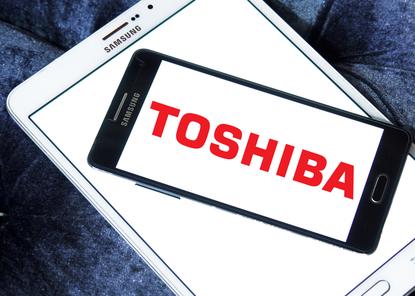 Japanese tech company, Toshiba, could be delisted from at least two stock exchanges if it is deemed to have not improved its internal management system since its last review late last year.

The company told shareholders on 14 March that the two stock exchanges on which it is listed, the Tokyo Stock Exchange (TSE) and the Nagoya Stock Exchange (NSE), will review a submission on its internal management system and, if it has not improved since its last submission, the company’s stock will be delisted.

As a result of “inappropriate accounting” in the past, the company had previously been given notice that its stock would be designated as ‘Securities on Alert’, effective from September 15, 2015, in accordance with their Securities Listing Regulations.

Toshiba was given notice by the TSE and NSE at the time that improvements of its internal management system were “highly necessary”.

This was examined by the exchanges which, in December last year, informed Toshiba that they would continue the ‘Securities on Alert’ designation, saying that they needed to further verify the implementation and progress of measures Toshiba had taken to improve its internal management systems.

Now, the company has resubmitted written confirmation of its internal management system to the two exchanges.

Given that the decision as to whether the company will be de-listed or not hinges on the exchanges’ review of the submission, the company’s stock has subsequently been additionally designated as ‘Securities Under Supervision (Examination)’.

“Toshiba deeply regrets that the designation of its stock as a Securities Under Supervision (Examination), and hereby apologises to its shareholders, investors and stakeholders for causing them great concern,” the company told shareholders.

“Toshiba will channel all its efforts, and those of Toshiba Group as a whole, into securing release from the current designation,” it said.

The most recent review of the company’s internal management system by the exchanges comes just days after the company requested, and was granted, its second extension to its third quarter securities report submission deadline.

While the company was granted an extension until 11 April to report, its shareholders are becoming restless, with shares falling by as much as 8.8 per cent during morning trading on 14 March, according to Bloomberg.

Toshiba’s stock exchange wrangle follow meetings with creditors that the company reportedly held at the beginning of the year in a bid to delay early loan claims and gain itself some extra time to implement a turnaround after being hit by multiple financial woes.

The company’s financial woes come partly as a result of cost overruns at a nuclear plant construction business in the US that it bought in 2015. With the fallout, which has hit the company’s stocks, it is set to result in a massive write-down.

In late December last year, Toshiba indicated the resulting goodwill impact from the acquisition could “reach a level of several 100 billion yen or several billion US dollars” – far outstripping the $US87 million in goodwill it initially predicted upon the purchase.

According to Bloomberg, the business unit could be written down by as much as 712.5 billion yen, or about US$6.2 billion – a figure that Toshiba flagged in February.

Toshiba is also still under fire over a major accounting scandal, in which it was revealed that the company had padded its profits by almost $US1.3 billion over a six-year period ending 2014.

Meanwhile, the fallout of the Westinghouse Electric Company write-down has seen Toshiba look at selling off other parts of its business to make up for some of its losses.

In January, the company revealed it would sell a portion of its flash memory business, including the SSD business of the Storage & Electronic Device Solutions Division, to Western Digital (WD).

In February, it was reported that the company may sell off more of its flash memory spin-off to cover losses incurred by the Westinghouse Electric Company.

It remains to be seen whether Toshiba will follow in the footsteps of other Japanese technology companies, such as NEC and Sharp, in selling off its PC business to external bidders.

The company has considered this option in the past, according to reports. At present, however, it is focused squarely on quelling shareholder unrest as it works through its financials for the third quarter.