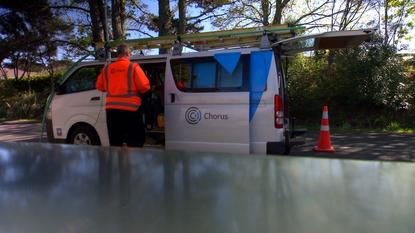 The decision, announced today, was part of the regulator’s review of the non-price features of the Unbundled Bitstream Access (UBA) service, which enables telecommunications retailers to sell services over Chorus’s copper network.

The aim is to ensure that UBA service can continue to be used by retailers to provide the best possible range of competitive broadband services over copper, the Commission said.

Telecommunications Commissioner, Dr Stephen Gale, said there had been general agreement amongst parties throughout the review that the UBA service should keep pace with consumer demand.

“While migration to the new fibre network is progressing apace, UBA will remain a key input for retail broadband for some time yet, particularly in areas beyond the reach of the ultrafast broadband initiative," he said.

“We are confident that the new standard will not lead to inefficient investment, even if copper is deregulated in UFB areas as currently proposed by the Ministry of Business, Innovation and Employment,” Gale said.

The Commission has exempted around 19,000 lines in Chorus’ remote legacy networks from the new standards until it is clear how much service to these consumers will be upgraded through the Government’s Rural Broadband Initiative.

The decision is the outcome of consultations undertaken after a dispute between Chorus and Spark erupted in May 2014.

Chorus announced it intended to introduce new UBA services and proposed other changes, including the exclusion of VDSL as a regulated service. Spark then complained to the regulator.

ComCom commenced an investigation under section 156O of the Telecommunications Act on 22 July 2014, but that was suspended after Chorus put its proposed changes on hold.