​How Datacom cracked a billion dollars 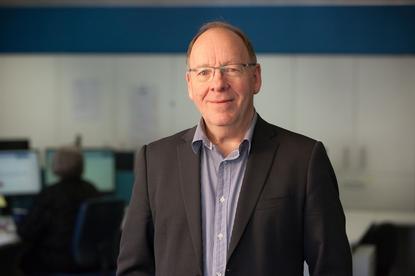 “There’s much focus on that word ‘disruption’ - almost an obsession in the IT space to be the ‘Uber of X’.”

Yet for those walking the corridors of power at Datacom, don’t expect to see any clichéd cut outs of inspirational quotes on the wall.

“That is not what we’re chasing at Datacom,” Datacom Group CEO, Jonathan Ladd, said. “We won’t pretend to be a start-up, and we don’t compete with those operators.”

Driven by ambition, yet grounded in reality, Ladd leads a business happy to do the opposite of most, chasing a custom-made path to profit by refusing to be side-tracked by industry hype.

It’s such an approach that helped deliver the company’s best figures in over half a century, with the privately owned and operated business completing a solid year’s trading for the year ended 31 March 2016.

Specifically, the highlight was an increase in revenue on the previous year of 13.0 per cent, to $1.058 billion.

In becoming the first Kiwi technology company to hit $1 billion in sales, Datacom has also flexed its muscles across the Tasman, claiming several key scalps across the Australian IT industry.

As revealed via the company’s annual report for 2016, Australia and Asia experienced a revenue increase of 12.9 per cent over the previous year, while New Zealand’s revenue increased by 13.1 per cent, continuing the trend of continuous growth observed during the past decade.

“This past year has been a key one for Datacom as we passed the $1 billion mark in annual revenue,” Ladd said. “This is not just a huge achievement for Datacom but for any technology company in our sector. Our future is looking bright.

“Throughout the IT industry, many continue to grapple with falling margins and increased costs across their traditional lines of business.

“The emergence of new technologies that completely upend the ‘normal’ way of doing things means that often we have to take radical steps to reform our own internal processes and strategies to remain agile and effective.

“It hasn’t been easy for us or our competitors, but at Datacom we are now seeing these changes to our company’s long-term strategy starting to bear fruit.”

Ladd said Datacom has “invested significantly” back into the business over a number of years, helping to standardise infrastructure, security and business offerings, alongside creating new products and services across vertical segments.

“This is not just about catering to customers’ demands now, which are extensive and unparalleled in the history of our industry, but also looking at what they may want next and the opportunities available to them in applying the new technologies,” he explained.

“We are doing this by developing and running systems and services for our customers and also through investing in sector-leading products and services designed around the current and future requirements of specific verticals.”

To achieve this however, Ladd acknowledged that the big fish in the Kiwi pool must continually evolve and adapt to changing market conditions, leveraging its size and resources to develop a competitive advantage in a cut-throat local market.

“Our job is to ensure that we are prepared internally to respond to those future changes in the market,” he added.

Central to this is Datacom’s ability of nurturing its own intellectual property development, alongside tapping into emerging vendor technologies, spanning cloud, security, storage, mobility, networking among others.

In short, the billion-dollar milestone is a result of a coordinated growth agenda has seen Datacom expand significantly to bring its customers the benefits of new technologies combined with scaling geographic and infrastructure reach.

During the past 12 months alone, this has been evident through the business claiming top partner honours for Microsoft, Intel Security, EMC, Cisco, Veritas, Dell, Hitachi Data Systems, Hewlett Packard Enterprise, Veeam and Symantec on both sides of the Tasman.

For Ladd, this emphasises the importance of partnering closely with the disruptors of the industry.

“You can’t beat an Amazon Web Services (AWS) or a Microsoft at their own game - we don’t try to; instead, we are very much part of their ecosystems,” he acknowledged.

“We can use the emerging disruptive technologies to change the way we do business and to help our customers along their journey to finding the best applications of the new technologies.”

Consequently, Ladd said this means Datacom operates within an “ecosystem of competing interests”, both externally and internally, around immensely complex systems.

With the company “prepared to take those calculated risks” to realise ongoing growth aspirations, Datacom will continue to challenge conventional business practices both locally and overseas.

“We have a deep understanding of our industry, and the challenges and dynamics our clients face,” Datacom Managing Director of A/NZ Systems, Greg Davidson, added.

“Because of this, we create greater organisational agility to ensure our clients have flexibility. We deliver solutions that increase capability, speed and efficiency, and deliver greater economies of scale through cost saving practices and improving efficiency and reliability of operations.”

In response to the changing requirements of the end-user, Davidson said Datacom brought the systems business together under one leadership team in June 2016.

“The changing environment our clients are operating in has focused us heavily on analytics, data-driven insights and mobile technology,” he explained. “By bringing our trans-Tasman operations closer together, we are able to react to the market faster and leverage our scale and size better for the benefit of our clients.”

As a result, SaaS and PaaS platforms continue to dominate Datacom’s agenda, an agenda bolstered through strong capabilities in the Dynamics 365 suite, alongside best of breed products such as Pega.

“We’ve seen huge growth in public cloud re-sale, some 400 per cent growth in Auckland and 200 per cent across A/NZ,” Davidson added.

“By building on our real-world cloud experiences and our existing strengths, we want to be recognised as the enterprise grade leader of hybrid cloud managed services in A/NZ.

“We’ll actively seek to disrupt ourselves by offering our clients hybrid cloud options to ensure they stay at the forefront of what is possible now and into the future.”

“Having good strength in both our software and infrastructure services business has provided us with the opportunity for pull through both ways, which is a strong differentiator for us,” he explained.

In looking ahead to the next three years, Davidson said the focus will remain on continuing to add networking solutions to the company’s as-a-service catalogue, while integrating security initiatives into networking lines of business.

“We want to drive down telco costs for our clients by aggregating A/NZ spend and increasing hybrid cloud adoption by leveraging national networks and secure high speed public cloud connections,” he added.

“Our size and the market potential has ensured good engagement with both AWS and Microsoft. The insights we have and the strength of these partnerships mean we can bring unified propositions to our clients.”

With more than 14.3 per cent of the $3.2 billion IT services market share in New Zealand, Datacom is the country’s largest IT services organisation, as ranked by IDC Analysis, and is scaling fast up the ranks in Australia.

From a Kiwi standpoint however, the systems business, which generates a “significant percentage” of the Group’s revenue and profits, continued its steady growth trajectory established over the past 10 years.

“The marketplace is one of constant change, which reflects into customer demand and despite being one of the dominant suppliers of IT services in New Zealand ceaselessly, Datacom endeavours to remain responsive and agile in modifying its services to meet these changes,” Datacom Group Chairman, Craig Boyce, said.

“This has been reflected in new business wins in both the commercial and public sectors and through continued support from our large customer base.”

“This assists in presenting to its customers a united front for the vast array of Datacom services and it has found market approval in the big Auckland and Wellington markets in particular,” he explained.

“Larger client organisations are demanding more from their IT providers and this provides Datacom with both opportunities and challenges in scaling to provide such services in the fast-moving Auckland marketplace.”

Spanning both Australia and New Zealand, Boyce said Datacom’s network of 12 data centres continues to perform to an “exceptional standard”.

In March, Datacom installed its 1,460th rack into its New Zealand network, more than tripling the number of racks the company had when the Orbit Data Centre in Auckland opened in 2009.

Meanwhile in Wellington, Datacom continues to deliver hosting and support into many government departments and agencies, in direct reference to the company’s positions on the New Zealand Government’s Telecommunications as a Service (TaaS) panels.

Datacom in the South Island enjoyed a record year with Christchurch and Nelson performing well on opportunities in the company’s industrial mobility practice.

“During the year, Datacom South Island was globally recognised as a leader in the move towards Microsoft’s Hyper-V converged platforms designed for the SMB sector,” Boyce added.

“The Midlands region in New Zealand is experiencing strong growth also, adding 40 people over the course of the year and opening a Taranaki office.”

From a technology standpoint, Boyce said significant progression within the cyber security market is providing a “solid growth trajectory” for Datacom across both Australia and New Zealand.

“Datacom’s specialist cyber practice, DTSS, has also delivered excellent growth on the back of its investment in a Cyber Security Incident Response Centre (CSIRC),” Joyce explained.

“This purpose-built facility is located in Canberra and uses state-of-the-art technology to advise clients of security concerns within their environment.”

Across the Tasman, Boyce said the Australia Systems “weathered patchy economic conditions” to deliver growth driven by customer demand for hybrid cloud services and new software offerings, and by a number of significant wins with medium-to-large enterprises and State and Federal Government.

“Third-party products sales have continued to perform well during the year,” Joyce added.

“The push of Datacom’s software development operations into the Australian market continued with increased delivery capabilities in both Melbourne and Sydney and many new customers being won.

“Starting from scratch a few years back, this operation is a self-sustaining customer base and provides Datacom with real growth opportunities in the wider Australian market.”

After adding 565 staff to the business during 2016, Joyce said the attraction of retention of talent remains a constant area of focus for the business.

Growth in Australia, Malaysia and the Philippines is demonstrated with a significant increase in staff numbers, up to 1,932 which is 34.2 per cent of growth on the previous year at 1,440.

In New Zealand, the number of people employed reached 2,729 - up by 2.8 per cent on the previous year.

“Datacom is fortunate to have a highly talented, diverse workforce committed to being the first and fastest to translate new technological happenings for the benefit of the company’s broad public and private-sector customer base,” Boyce added.