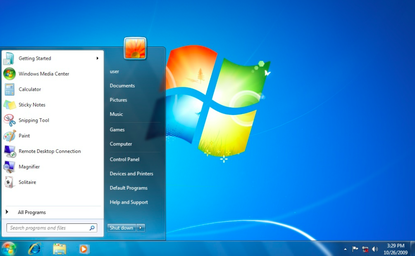 Windows 7's decline in user share, driven for a year by desertions to Windows 10, has stalled for the last eight months, data published today showed.

According to analytics vendor Net Applications, the user share of Windows 7 -- an estimate of the proportion of the world's personal computer owners who ran that operating system -- climbed by 1.2 percentage points last month to 48.4%, the highest mark since June 2016.

And Windows 7 ran more Windows machines than any other edition, accounting for 52.8% of the personal computers powered by Microsoft's OS. The difference between the user share of all PCs and only those running Windows stemmed from the fact that Windows ran on 91.8% of all personal computers, not 100%.

[ Related: Windows 10 Redstone: A guide to the builds ]

Windows 7's user share dropped by almost a quarter -- losing 13.7 percentage points -- in the 12 months following Windows 10's mid-2015 launch. As with declines in other editions, notably Windows 8 and Windows 8.1, the beneficiary was Windows 10, whose growth rate was fueled by a free upgrade program for consumers and many businesses.

But since mid-2016, when Microsoft ended the free upgrade deal, Windows 7's user share, although fluctuating slightly month to month, ultimately stabilized. Its share of all Windows in February was 52.8% -- more than July's 52.4%.

Windows 7 will be retired from support in January 2020, or just under three years from now. And while some industry analysts have contended that commercial customers are further along in their plans to ditch Windows 7 for 10, there's little evidence of that in Net Applications' numbers.

There was a glimmer of good news for Microsoft in the data, however. Six years ago, when Windows XP was a month shy of three years to retirement, the venerable OS boasted a user share of all Windows of 59.1%, or about 6 points higher than Windows 7's at the same distance from the end of support.

Even so, unless Windows 7 marches toward retirement considerably faster than did XP -- and again, there's no sign of that yet -- the 2009 operating system will power a large chunk of PCs come January 2020. Windows XP ended April 2014, the month that its supported ended, on 29% of all Windows personal computers. Assuming the same closing pace as XP, Windows 7 will still be on almost one in four Windows PCs when Microsoft pulls the support plug.