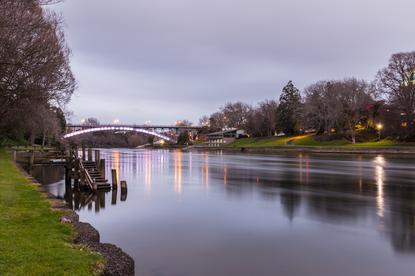 Science and Innovation Minister, Paul Goldsmith, welcomed the launch of the Waikato IT cluster, as another example of how regional and industry-led initiatives can drive economic opportunities.

The CultivateIT cluster, which already boasts around 50 members, was officially launched at Waikato Innovation Park as part of the Waikato Tech Showcase this week.

“It aims to nurture technology sector talent, maximise business opportunities and advance the region’s economy as a result, which is a key part of the Government’s Business Growth Agenda.”

Goldsmith said the cluster will “provide a bigger voice” for digital businesses in the region, allowing the member companies access to collaboration opportunities, in a bid to make it easier to attract talent, and offer greater commercialisation opportunities in the growing digital economy.

The Waikato region has the highest rate of IT graduates in the country, and is already home to a number of leading digital technology businesses such as Endace, LIC, Gallagher, as well as the Stratus cyber-security research project.

The cluster was originally proposed by Hamilton East MP Hon David Bennett, and then brought to fruition by the local tech industry.

“I want to congratulate the Waikato Innovation Park and the businesses that have supported it, for getting this initiative up and running in only six months from inception to launch,” Goldsmith added.