Inside the broadband habits of a Kiwi nation… 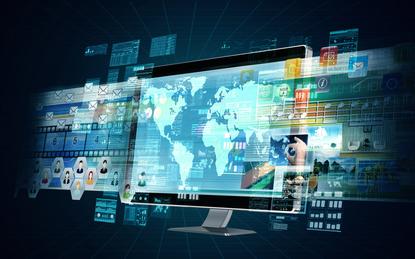 New figures released by Chorus have shed light on New Zealanders’ broadband habits, including the busiest day of the year for surfing the internet.

On an average day, data usage on the Chorus network is at its lowest at 5am and begins to rise between 6am and 8:30am - usage remains consistent during the day and jumps sharply from 3:30pm.

“It is unlikely to be a coincidence that it’s the same time certain data-hungry members of the family wander in from school,” Chorus network strategy manager, Kurt Rodgers, said.

“We slow down again over dinner time, and from 7:30pm we climb to our highest usage period of the day - between 8pm and 10:30pm - as we get through one or two Netflix shows, upload the homework or plan our next tropical holiday.

“Daily usage is higher in the weekends and we’re online slightly less at night on weekends too. But if you look at the numbers we’re generally following the same routine every day.”

“A lot of us may have been doing some Christmas shopping on 14 December at 9:30pm as that was the busiest 15 minute period on our network during 2016,” he added.

Furthermore, average consumption dropped 30 per cent on Christmas Day and more than 40 per cent on New Years’ Eve.

However, it is likely Aucklanders were not giving up their binge watching, just relocating it, as data use in the Coromandel increased by 44 per cent over the same period.

“Here at Chorus our analysts collect and interpret national and regional data consumption figures to help us plan for and manage traffic flow through our network in the future,” Rodgers added.

“We need to do that to make sure our national network has the capacity to get everyone’s favourite show to them; whether they’re watching it on the couch at home, or from their favourite holiday spot.

“Interesting trends aside, what these numbers are overwhelmingly telling us is that as a nation our average data use is growing fast.”

“That’s a lot of information, emails, movies, music, and more being bundled and carried all over the country,” he added.

But despite the growing role of broadband in Kiwi lives, Rodgers said about 60 percent of homes and businesses on the Chorus network could have a better broadband connection, “often at no extra cost”.