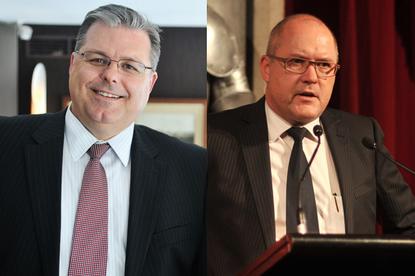 Quest Software has suffered a double departure at executive level, with both local and regional leaders set to exit the vendor.

ARN can confirm that vice president and general manager of APJ, Brenton Smith, and managing director of Australia and New Zealand, Klasie Holtzhausen, will leave the business in the coming weeks.

The news comes eight months after Dell confirmed plans to sell its software division - including Quest Software and SonicWall - as part of the vendor’s shedding of assets ahead of its acquisition of EMC.

As reported by ARN in June 2016, technology-focused private equity firm Francisco Partners and Elliott Management Corporation signed a definitive agreement to acquire the Dell Software Group for a rumoured price of around $US2 billion.

Terms of the deal saw the combined entity take control of both Quest Software and SonicWall.

The result locally is change at the top for Quest, with industry veterans Smith and Holtzhausen exiting the business as it embarks on a new period of ownership.

Having joined Quest under Dell leadership in March 2015, Smith was responsible for the growth and development for Dell Software sales, services support and general operations across Asia Pacific and Japan.

Meanwhile, Holtzhausen took the local reins in July 2015, running the Dell Software business across Australia and New Zealand, having joined following his role as APJ channel lead for Symantec.

Holtzhausen also ran the channel for IBM Australia, alongside other OEM and partner sales focused roles at Big Blue during the early 2000s.

Following the double departure, the new-look business will be run predominantly by Attachmate executives, which is a software company focusing on secure terminal emulation, legacy integration, and managed file transfer software.

As a subsidiary of the British software company Micro Focus International, Attachmate was previously ran by Jeff Hawn, who was named new Quest Software CEO following the private equity buyout, which was confirmed in November 2016.

In addition, former Attachmate vice president and general manager of APJ, Boris Ivancic, will take over as the leader for Quest across the Asia Pacific region.

As reported by The Register, the sale of Quest has triggered a round of redundancies at the vendor, with product lines also rumoured to be on the chopping board.