Sky's the limit as The Instillery hires six of the best 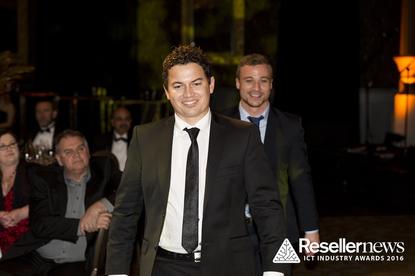 The Instillery has announced the hire of six new recruits - including a new executive hire - as the company continues on it's trajectory as one of the fastest growing cloud providers in New Zealand.

Having more than tripled the size of its team to 30 in the past 12 months, The Instillery has focused on expanding its enterprise footprint both locally and abroad.

Coupled with internal expansion plans, the Auckland-based business has recently signed a number of new public sector and enterprise contracts, negotiated exclusive partner deals with Zscaler, Cloudability and Cloudamize and will soon launch its own public cloud visibility and optimisation tool “Clearstate” to the market.

In January, The Instillery also opened a new office in London and will shortly move to a new Auckland-based headquarters to accommodate the rapidly expanding team.

"The expansion is in line with the company’s growth strategy to meet the increasing demand for ‘cloud first’ enterprise projects,” The Instillery founder and CEO, Mike Jenkins, said.

“We are entering a very important time at The Instillery, moving towards a larger scale product roll out and having this outstanding bunch of talent join our team is a sign of times to come.

“With a successful capital raise behind us, we’re incredibly excited about what 2017 has in store for The Instillery as we scale up our mid-market offering.”

Jenkins told Reseller News that the executive leadership appointment in particular is well-timed for the company - which recently took home the Mid-market Partner of the Year honours at the 2016 Reseller News ICT Industry Awards - following vast growth since opening its doors in 2013.

“I’m particularly stoked to announce the executive appointment of Jeremy Nees whose background and understanding of what it takes to grow a technology company will be a great asset for our team,” he added.

“Jeremy will play an instrumental role as we navigate our expansion and mature our capabilities.”

In his role as chief product officer, Nees will be responsible for leading The Instillery Group’s enterprise cloud and security consulting and cloud managed services with focus also on the productisation of the wider group’s service offering.

“I can’t think of a better time to be part of an exciting fresh tech business, particularly as it enters this new phase of growth,” Nees added.

“There really is so much change going on with cloud disrupting the traditional playbook and there’s such opportunity to help local and global businesses realise their true potential.

“I’m looking forward to working with a bunch of like-minded individuals as we continue to shake things up and have a bit of fun while we challenge the status quo.”