​Why is Spark buying TeamTalk? 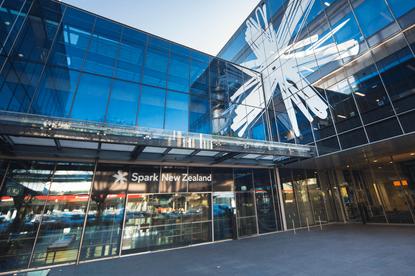 Fresh from news that Spark has issued its intention to acquire TeamTalk for $22.7 million, one observation springs to mind.

TeamTalk has been a company in crisis since it made the terrible decision to buy Farmside in 2012.

Since that time all three of its key business units (Araneo, CityLink, and Farmside) have struggled, culminating in the resignation last year of the “eccentric” founder and chairman, Dave Ware.

Fast forward to today and Spark has announced plans to purchase the business, which turns over about $57 million, at 80c p/share.

So, where did it all go wrong for TeamTalk?

In 2009 when TeamTalk took full ownership of CityLink, a wholesale fibre provider with an extensive network in Wellington, the company was making around $6 million per year profit and UFB was only a concept.

Since then their network has been overrun by UFB, with cheaper/faster services making it almost impossible for them to compete effectively.

As the pressure began to tell, they moved into the retail space and found themselves competing head to head with retail clients, and in some cases actively selling retail services to clients of their wholesalers.

I experienced this in my former role and as a result made a concerted effort to move clients off their network to reduce the risk of churn.

As the fortunes of TeamTalk faltered, it was clear that they were not investing in the CityLink network. Buildings were still being run to 100Mbps capable switches in 2016, causing congestion on client services at a time when 200Mbps UFB speed were becoming the norm at half the price of their 50Mbps circuit.

It also doesn’t help them that a lot of the CityLink network is still run across the Wellington trolley bus lines, which are due to soon come down, leaving CityLink with more costs to cover as they look to redesign their network.

I am sure the management at CityLink could have done more to release faster speed variants and bring the network up to date, but they weren’t given access to the required funds and dropping price points wasn’t an option given the losses being made by the group.

The peering exchanges offered by CityLink (APE, WIX, CHIX, etc.) are also now under severe pressure from Megaport IX and NZIX, with their speeds and price points out of touch with new norms.

I don’t see Spark seeing much value in those given their historic disdain for open peering.

The website for this entity (araneo.net.nz) should give you a feel for the level of investment made to ensure its success - it looks as though it hasn’t changed since John Brewer started the company in 2004.

It has been merged with CityLink in recent months, with invoicing and account management being combined.

Pre-UFB Araneo was able to pitch itself as a viable option in metro areas where fibre wasn’t yet in place and install fess were prohibitive.

But even before the UFB rollout began, the writing was on the wall that Araneo would soon only be relevant in rural areas, and in that space it never seemed to have the systems or scale to operate as a retail rural brand.

And that is where Farmside came in…

In 2012 TeamTalk bought Farmside for $19 million in cash and $12 million in TeamTalk shares, with an additional $7 million cash and $4.1 million in scrip in potential earn-outs over the following 12 months (no idea whether those earn outs were paid).

Assuming we just take the figure of $19 million in cash, that equates to $1,266 per client for each of the 15,000 clients Farmside had at the time.

Even in 2012 it was obvious that data plans and speeds were going up and prices were going down, so to pay such a high premium was the clearest evidence we have of poor governance.

Competition from local wireless providers, RBI resellers and UFB services coming to smaller towns have all forced Farmside into a corner at a time when it doesn’t have the necessary cash to invest or innovate.

What’s in it for Spark? Fibre and scale.

There are plenty of synergies to be gained; DC’s to be closed, duplicate network elements to be scraped, staff to go… so that’s a start.

The fibre network in Wellington represents the core value as Spark look to remove their dependency from Chorus.

Brendan Ritchie is the CEO for Lightwire Business which provides internet, IP voice and WAN services across New Zealand and Australia.