About 150 Delta flights in the US canceled after systems outage

Departures of flights at many airports were delayed 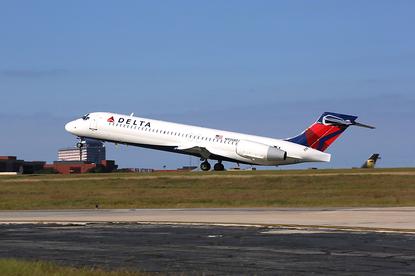 About 150 flights of Delta Air Lines in the U.S. were canceled and some others were delayed on Sunday on account of an IT systems outage, the airline reported.

The IT systems outage at Delta is the latest of a number that have affected airline operations recently.

Delta reported earlier that its teams were working to fix quickly a systems outage that has resulted in departure delays and cancellations. It did not provide information on the systems issue that had caused the outage.

“Not all delays and cancellations are being reflected on Delta systems, including delta.com, the Fly Delta App, airport information screens or through our Reservations agents,” the airline said. It reported at 11:45 p.m. EST that a ground stop had been lifted.

The Federal Aviation Administration had earlier reported a ground stop for all Delta mainline and sub-carrier flights to domestic destinations. The agency cited "automation issues" at Delta and said international flights were not affected.

After the lifting of the ground stop, Delta CEO Ed Bastian apologized to customers affected by "this frustrating situation."

On Twitter and other social media, a number of flyers complained about the delays. Airports reported varying duration of delays of flights.

At one point, Denver International Airport reported that Delta flights at the airport were "delayed an average of 90 minutes but still moving."

Delta had reassured users that flights in the air remain unaffected, but added that some customers are experiencing delays upon landing, particularly at Delta’s hub airports. The airline is providing updates on its web site.

The airline faced an outage in August, when it said that a power outage in its operations center in Atlanta had affected its computer systems and operations worldwide, leading to flight delays.

Delta has 830 aircraft of which 644 are owned by the airline, while the rest are leased. It operates more than 15,000 daily flights including those by worldwide alliance partners, and serves 180 million customers each year.