Owner of Westcon Group and Logicalis signals to shareholders that a significant transaction is in the pipeline. 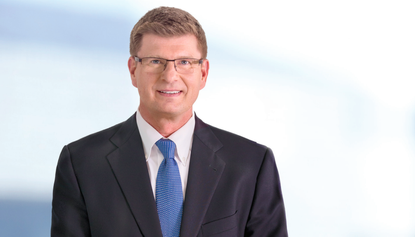 The future ownership of Westcon-Comstor has been thrown into question following news that parent company, Datatec, has entered into a transaction which could result in the sale of the value-added distributor.

Based in South Africa, Datatec operates across three core divisions, controlling technology distribution through Westcon Group, integration and managed services through Logicalis and consulting and research through Analysys Mason.

After issuing a cautionary statement to advise shareholders of a potential acquisition deal, rumours are circulating that the $US6.5 billion company is preparing to sell its distribution division.

“Shareholders are advised that Datatec has entered into negotiations in relation to a transaction by the Company, which, if successfully concluded, may have a material effect on the price of the Company's shares,” a Datatec statement read.

“Accordingly, shareholders are advised to exercise caution when dealing in their Datatec shares until a further announcement is made. Datatec will not be issuing its usual voluntary interim management statement at this time.”

Such speculation is backed up across the Pacific by CRN USA, which claims the “most likely outcome is the sale of $4.9 billion distributor Westcon-Comstor (the go-to-market brand of WestconGroup Inc.).”

Despite issuing no further comment, the statement follows disappointing financial results for Datatec, after announcing a 7.6 per cent drop in revenue for the six months ended 31 August, 2016.

“The Group’s results for the first half of FY17 have been affected by challenging global conditions, with a strong US Dollar continuing to impact translated earnings,” Datatec CEO, Jens Montanana, said.

“There are now however signs of improved confidence in emerging markets and we expect a continued slow recovery in these markets, with more stable currencies.”

Specific to Westcon, Datatec’s multi-year investment in the company’s SAP roll-out and BPO initiative is entering its final stages and is expected to end by June 2017, which could signal a potential sale date should a deal go through.

“Based on our strengthened position in key markets, we anticipate a sequentially and comparatively better second half of FY17,” Montanana added.

Should a deal be struck, the sale of Westcon-Comstor would add to a growing list of distributor related M&A activity during the past 12 months, both locally and globally.

Based in Tarrytown, New York, the distributor derives 90 per cent of its revenue from a pool of 15 global vendor partners across 60 countries, with 42 per cent of overall sales coming through Cisco.

Other vendors Westcon works closely with include Avaya – which filed for Chapter 11 bankruptcy protection earlier this month – Polycom, Juniper, Check Point, F5, Palo Alto and Blue Coat, which is now a part of Symantec.


“We want to be a lot bigger than this, but we won’t get there through just people power which means we need to invest in our digital capabilities and our channel,” Westcon Group, CEO, Dolph Westerbos told ARN in May 2016.

Locally, Westerbos told ARN in May 2016 that the distributor posted $385 million in revenue during the past year in Australia, presenting local growth of 15 per cent in a market of “little or no organic growth”.

At the time, Westerbos said the distributor’s core channel is primarily made up of resellers (68 per cent), systems integrators (19 per cent) and service providers (13 per cent).

In addition, and according to recent Datatec filings, the company has a core technology focus on security and networking, with both divisions increasing in revenue from 33 per cent to 38 per cent and 24 per cent to 26 per cent respectively during the past 12 months.

Also, unified communications and collaboration (22 per cent) and data centre and other (14 per cent) round out the company’s technology portfolio.

During the past 12 months, the distributor has also undergone significant rebranding, transforming into Westcon-Comstor through the launch of its dedicated Cisco business, on top of a deepened focus around cloud and services within the channel.

With such a streamlined vendor portfolio, any potential suitor would no doubt look to the company’s Cisco and security divisions as the prized assets.