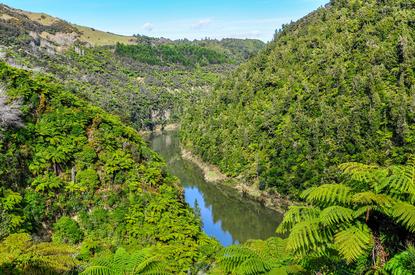 Manawatū-Whanganui regional leaders have welcomed the government's latest announcement of the roll out of ultra-fast broadband.

As reported by Reseller News, 85 per cent of Kiwis will have access to fibre by end of 2024 following the announcement of the second, $300 million phase of the government’s Ultra-Fast Broadband programme.

Improving digital connectivity is a key enabler in the Manawatū-Whanganui Economic Action Plan which is being implemented through Accelerate25.

Regional council chair, Bruce Gordon, said working with central government to enable digital services to the region has been a key part of Accelerate25.

“Adding so many rural towns to the network will help numerous businesses involved in some of the region's key sectors, such as agriculture and tourism,” he explained.

“It’s a great first step as it not only benefits those in the upgrade zones, but also unlocks potential for greater coverage in low speed or blackspot areas.

“Roll out will compliment the impressive digital connections already made in places like Whanganui.”

According to the New Zealand Government, the first phase of the UFB programme is ahead of schedule in delivering fibre to the premises of 75 per cent of New Zealanders by 2019.

“As we identified in the Regional Growth Study the issue of the lack of high speed broadband is a barrier for our farming and business community,” Mayor of Rangitikei, Andy Watson, added.

“Having ultra-fast broadband going into all our main towns removes this barrier for all aspects of our communities.”

Watson said the government investment in ultra-fast broadband for rollout in Manawatū-Whanganui stands at nearly $32 million dollars, which is amongst the highest of regions in the country.

The programme is scheduled to roll out between now and 2024.

Watson said the government is also working on a programme to improve rural connectivity and cell phone blackspots which was identified as another key enabler in the Regional Economic Action Plan.

Regional leaders continue to push for improved rural connectivity ahead of any government announcements.