Financial analysts forecast sales of 75-80M, and an average year-over-year increase of 3.4% 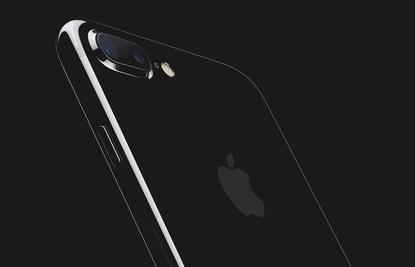 Apple next week will report a return to iPhone growth after a three-quarter slump, a group of financial analysts predicted.

According to Philip Elmer-DeWitt, the creator of the Apple 3.0 website, 12 institutional and 5 independent analysts all forecast a year-over-year increase in iPhone sales during the December quarter.

The average sales figure from the 17 analysts was 77.3 million iPhones, which would represent a 3.4% increase over the 74.8 million Apple reported for the fourth quarter of 2015. Analysts' estimates ranged from a low of 75 million to a high of 80 million.

Apple set a record for iPhone sales in 2015's December quarter, but in each of the following three quarters, its iPhone numbers were down from the prior year's. The nine-month stretch was the only period in the iPhone's history during which Apple sold fewer smartphones than in the same span a year earlier.

If the analysts Elmer-DeWitt polled are accurate -- at times, averages of their forecasted numbers have been prescient -- it would bolster the theory that 2016's downturn was largely due to the enormous sales of the iPhone 6 and 6 Plus in 2014-2015. Those models fueled increases of up to 46%, posting numbers that were ultimately impossible for the follow-on iPhone 6S and 6S Plus to match.

Apple will reveal the number of iPhones sold in the December quarter on Tuesday, Jan. 31, shortly before it hosts a conference call with Wall Street. That earnings call, audio-cast on Apple's website, will begin at 2 p.m. PT (5 p.m. ET).