The company won't be unveiling it's new handset at Mobile World Congress this year. 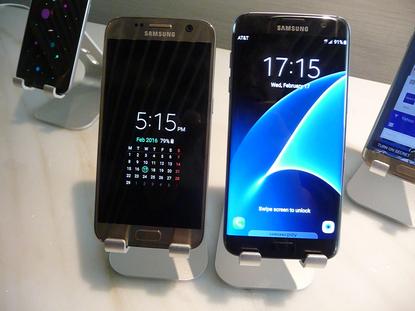 Now that the results of its investigation into the Galaxy Note7 fires has been completed and reported, Samsung can fully turn its attention to the launch of one of the most anticipated phones of the year, the Galaxy S8.

But don’t get your hopes up just yet. It looks like it’s going to take a little longer than usual to arrive.

During an interview with Reuters following the announcement of the results of the probe into the Note7 batteries, Samsung mobile president DJ Koh said the Galaxy S8 would not be unveiled during its customary slot at the Mobile World Congress show next month.

Rather, the company is taking a little longer with the production of its new handset as it implements an extensive set of testing to ensure the batteries are functioning normally.

Koh did not offer a time frame for the release, but reports have indicated that the handset could arrive in late March or April, possibly at an event in New York City.

After Samsung was forced to pull the Note7 off shelves in October and implement a massive global recall, it found that the battery was to blame, and the company has since put an 8-point battery safety check in place to ensure future devices don’t have the same issues.

Samsung also revealed that there will indeed by a Note8 handset. In a separate interview, Koh told CNet that the company is not retiring the established Note name and instead “will bring back a better, safer, and very innovative Note 8.”

He said there are “lots and lots of loyal Note customers,” but Samsung will surely need to work to build trust around the brand again. Samsung has said that 96 percent of the 3 million activated handsets have been returned.

Why this matters: The delay in Samsung’s launch of the S8 might be disappointing to fans anxiously awaiting to upgrade, but it’s good to hear Samsung taking its time with the new phone.

Reports have indicated that part of the battery issues with the Note7 stemmed from the company’s aggressive production timeline (both before and after the initial launch), and Samsung certainly seems to be treating its new phones with the care and attention they deserve.

As far as the Note brand goes, it remains to be seen whether Samsung can win over skeptical customers, but it’s refreshing to see a company embrace its history, warts and all, and not use marketing smoke and mirrors to hide their past mistakes.