Dell EMC: Behind the makings of a global channel program

How the new Dell EMC global partner program came into being 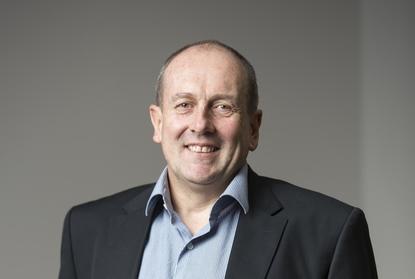 When Dell EMC launches its new long-awaited partner program on 6 February, it will represent one of the largest and farthest-reaching IT channel programs in the global technology market.

Dell and EMC already claimed well-established and extensive channel partner programs of their own prior to the record-breaking $US67 billion acquisition that saw the two companies merge to become Dell Technologies, with Dell EMC as one of its many subsidiary brands.

Yet the channel program that is set to emerge in February will be a new beast entirely, albeit one comprised of the “best of both programs”, according to Dell EMC senior vice president and general manager, Asia Pacific and Japan, Tian Beng Ng.

While the new program may have drawn on much of Dell and EMC’s legacy partner program models, the merging of the companies gave the resulting combined technology powerhouse the opportunity to design its re-branded partner program from scratch.

“It’s rare in life that you can have a blank sheet of paper. And that’s what we’ve had with the program,” Dell EMC’s general manager, channels and alliances, Australia and New Zealand, Geoff Wright, told ARN.

“They [the channel design team] were able to start with a blank sheet of paper and just ask: ‘What bits do we want; what do the partners want?’, and build it up from there,” he said.

This clean slate approach offered Dell EMC the ability to go much further than just fiddling around the edges of the existing models under the pre-merger companies, but completely revamp their respective approaches to the channel as a single entity.

“We knew that, and over the last two quarters at Dell we were just waiting to move to something new,” he said.

If the beginnings of the new program can be likened to a blank sheet of paper waiting for an image to be drawn upon it, then the muse driving the artist’s hand could be found in the partners that had been part of the combined entity’s respective legacy channel programs.

Naturally, Dell EMC had an enormous amount of precedent to draw upon from the existing partner programs that had existed for years under the pre-merged companies’ respective brands. While it drew substantially on these, it was the company’s partner community that really helped to shape the new program’s design.

“And, because we were working with the same partners [of both Dell and EMC], they actually had more knowledge than we did on the programs,” he said.

In its aim to garner as much feedback from its combined global partner ranks as possible to inform the design of the new channel program, the company embarked on a series of partner advisory board events, roundtable discussions at industry events such as ARN’s EDGE conference, and individual meetings with partners around the world.

“We had a standard set of questions we developed,” Wright said. “We asked those in every region. Those questions were brought back, on a country-by-country basis, and fed back into a global programs team that put the program together.

“The questions [and answers] then came back out through a feedback loop, went back in again and, now, there’s really no surprises for us because we’ve been so involved in developing the program,” he said.

The feedback revealed that the company’s partners overwhelmingly wanted greater simplicity in the new channel program. They also wanted more predictability from the program especially around base rebate rates.

The partners had spoken, so Dell EMC endeavoured to make the new program more simple and predictable than the legacy programs.

Wright suggests that, come February, partners can expect a channel program that is not only simpler and more predictable, but pays higher rebates than the legacy EMC program did, and higher rebates in several instances than we were available in the legacy Dell program.

One of the things that makes the new program more predictable comes in the form of a technical solution. Partners will have access to online tools that they can check at any time and find out exactly where they stand in terms of their quarterly performance and the resulting rebates.

“They [partners] can check their orders have gone through, work out how they’re going, and work out how many dollars they have to sell in the last week to make the gate,” Wright said. “This way, partners won’t wait until after the quarter and find out they missed [a rebate incentive] by a dollar. Now we can use the partners’ tools to view where they’re at, at any time.”

In terms of channel program structure, Dell EMC has retained a tiered system, with the new model referencing a metal-based ranking model: gold, platinum, and titanium - the latter of which can lead to the exclusive titanium black status for partners that make the grade.

Within these tiers, however, the company has introduced what Wright calls “swim-lanes” – a type of industry sub-sector vertical partitioning to help the program better accommodate particular partner types. Given that Dell EMC’s portfolio of products and services is so diverse, it made sense to offer some individuation within the broader channel categories in the program.

“We now have an exact program for those partners we call OEM, for example, for the solution providers, for the service providers,” Wright said.

The need for these “swim-lanes” was, once again, drawn from the partner feedback the company received during the partner meetings it held around the globe. Unsurprisingly, there were a lot of conflicting needs among the diverse array of partners that chipped in with feedback.

“We built a program to help deal with that,” Wright said. “You may have a partner that sits in multiple categories, but in their divisions we can now deal with their divisions in the way they want to be dealt with, not simply average it out and compromise.

“Very clearly, they’ve told us there are different needs for different partner types,” he said.

Ultimately, Dell EMC came up with a ‘status match’ approach to put partners in their appropriate tiers once the new program comes into effect. This will mean that if a partner is on a legacy Dell or EMC tier, it will get matched into the relevant tier under the new system.

Partners will be placed in whichever tier they ranked highest in their respective legacy Dell or EMC partner program tiers.

“We’ve come up with a way of taking the existing Dell tiers, the existing EMC tiers, and created a program in the middle, so people know exactly where they’re going to end up in the new year,” said Wright.