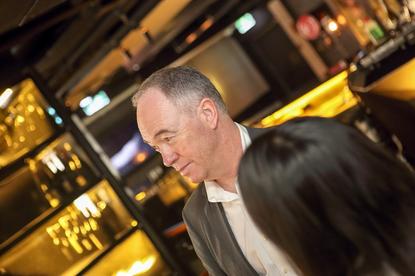 The use of open source software in the Asia-Pacific region is on its way up, with more than half of those surveyed in a new study by Red Hat already implementing or embracing the technology.

At the same time, however, the research suggests that concerns around the security of open source software remains, despite its rising popularity among enterprises, with 56 per cent of respondents viewing open source security as a potential risk if not a major concern.

Meanwhile, almost a fifth (18 per cent) of respondents view open source security as “far less secure” than traditional licenced software – resulting in a major concern. Regardless, 26 per cent of those surveyed agreed that open source is “highly secure” and not a concern.

The research, carried out by Forrester on behalf of Red Hat, saw 455 CIOs and senior IT decision-makers from nine countries in Asia-Pacific surveyed, including 51 from Australia.

The findings, laid out in the Open Source Drives Digital Innovation report, indicate that 51 per cent of respondents from Australia have either implemented or plan to expand their open source implementation – just under the average of 52 per cent for the Asia-Pacific region as a whole.

“It is encouraging to see that more than half of the respondents from Australia have now implemented or are looking to expand their open source architecture,” Red Hat A/NZ regional vice-president and general manager, Max McLaren, said.

“I believe that the knock-on effects of this, in terms of product development and enhanced service delivery, can prove to be beneficial for enterprises across a range of industries in Australia,” he said.

Unsurprisingly, for a study commissioned by the world’s largest enterprise open source software company by revenue, the research found that, among CIOs and senior IT decision makers, open source is no longer viewed as just a cost-saving option by organisations, but a strategic investment that can lead to digital innovation.

Despite the shift in how businesses view open source software and its benefits, cost continues to play a major factor for enterprises.

Additionally, 49 per cent of organisations surveyed believe that “open source initiatives are necessary to manage costs and effectively compete in the market”.

The survey also showed that the role of open source is set to increase by 52 per cent in the agile hybrid cloud category, and an increase of 44 per cent is expected in application integration and API management, highlighting the changing perception of open source in the local market.