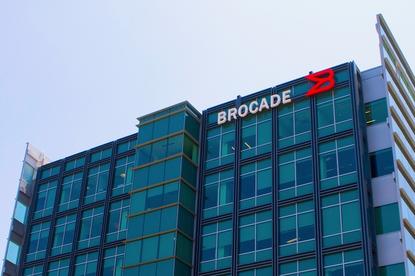 Brocade Communications Systems’ networking equipment business is being eyed by telecommunications equipment manufacturer, Arris International, according to a report by Reuters.

The report mentions that “people familiar with the matter” have said the network player’s networking equipment business is in talks to be acquired for as much as $US1 billion.

If both companies officially proceed with the deal, it would enable Arris to offer high-end wireless broadband devices.

“Arris is looking to buy Brocade's network edge business, which is the most valuable of the assets being sold, according to the sources,” the report indicated.

It also highlights that the sources revealed Arris is not in talks to purchase any other divisions of the Brocade business, which includes software, datacentres, and switching.

Arris is a US-based company that makes electronics used by cable and satellite companies and according to Reuters, has a market capitalisation of $US5.53 billion, and purchased its British rival, Pace, for $US2.1 billion late last year.

However, the report also stated that the unidentified sources said Arris is “just one of the companies that Brocade is speaking to about the divestiture”, and that “there is no certainty its bid will prevail”.

A decision is anticipated by the end of January, when more light may be shed on the future of Brocade’s entities, including Ruckus Wireless.

This report follows the announcement late last year of Broadcom intending to acquire Brocade for $US5.9 billion to broaden its storage business. But the chipmaker made public its intentions to sell Brocade's networking business.

Broadcom divided up Brocade's business into three parts – IP-based wireless and campus networking, datacentre switching and routing, and software networking – with the sources cited by Reuters saying it came after a deal to sell the entire business to a private equity firm fell through late 2016.

However, they identified the potential for a private equity firm to still step up and buy all three divestments.

This move also prevents Broadcom from owning a business that plays in the same space as some of its top clients, such as Cisco Systems.