US Department of Defence testing a swarm of autonomous, 3D printed drones 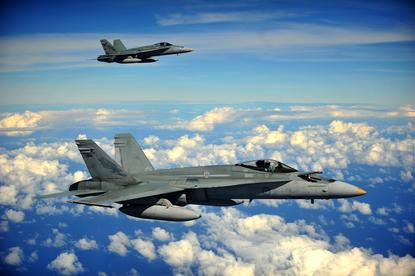 The US Department of Defense is testing Perdix, autonomous micro-drones capable of collective decision-making and adaptive formation flying.

The drones, dubbed Perdix, operate as a swarm and are not individually pre-programmed. Instead, they act as a collective organism with one distributed brain for decision-making, the DOD said in a statement on Monday.

“Because every Perdix communicates and collaborates with every other Perdix, the swarm has no leader and can gracefully adapt to drones entering or exiting the team,” says William Roper, director of the Strategic Capabilities Office of the DOD.

The drones are meant to be controlled in much the same manner as a coach would guide a sports team. The operator orders a broad objective, and the drones communally decide how best to execute the plan.

Prior tests have also taken place in Alaska and Edwards Air Force Base in southern California.

The DOD says Perdix is currently in its sixth generation, with a seventh generation model featuring more advanced autonomy in the works.