The Plone security team believe reports of FBI.gov being hacked through a zero-day Plone exploit are false 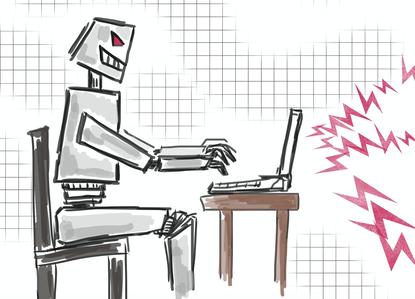 The security team behind Plone, a content management system that powers many enterprise websites, has dismissed claims that hackers have access to information about an unpatched critical vulnerability.

The dismissal comes after a hacker who uses the online alias CyberZeist published a list of log-in credentials and hashed passwords that he claimed were obtained by hacking into the FBI.gov website by using a Plone zero-day exploit.

CyberZeist, who claims to act in the name of the Anonymous hacktivist movement, said in a post on Pastebin Monday that he didn't find the Plone vulnerability himself, but he was asked to test it out by the person who did.

The FBI website was supposedly selected as a target because it's publicly known that it runs on Plone. However, the hacker said that other websites, including those of the European Union Agency for Network and Information Security (ENISA) and the U.S. National Intellectual Property Rights Coordination Center (NIPRCC), were also vulnerable.

"I obviously cannot publish the 0day attack vector myself as it is being actively sold over [the] Tor network for bitcoins," the hacker said in his Pastebin post.

However, the Plone maintainers said in a blog post on the project's website that "the Plone security team has been aware of a recent claim, has examined it, and has determined that it is a hoax. There is no zero-day flaw in Plone nor in Plone-based distributions."

Matthew Wilkes, a member of the Plone security team, explained in an email message why the team believes both the vulnerability report and the FBI.gov hack are part of a hoax. According to him, there are many inconsistencies between the technical details released by the hacker and the way the open-source CMS works.

Plone is written mostly in Python and runs on top of Zone, a Python-based web application server. CyberZeist claimed that the FBI web server was running FreeBSD 6.2-RELEASE, a very old version of the FreeBSD operating system that dates back to 2007.

FreeBSD 6.2 only supports Python 2.4 and 2.5 and Plone does not run on such old versions of Python, Wilkes said.

The password hashes and salts that accompany the leaked FBI account names are not consistent with values that Plone would generate, suggesting that they were generated in bulk on another server, according to Wilkes. Furthermore, the leaked FBI email addresses match addresses that have been harvested from various sources over the years and are publicly available.

The hacker also claimed to have gathered the logins from backup files found on the web server that had the .bck file extension. The Plone database backup system does not generate files with that extension and the backups that it does generate are stored outside the webserver directories.

"It would be hard to change this behaviour and there would be no benefit of doing so," Wilkes said.

Furthermore, some screen shots posted by the hacker on Twitter suggest the attack forced the FBI website to expose portions of its source code. While this type of attack is common against PHP applications, it's not possible against Python websites that don't use the cgi-bin model of execution.

Another screen shot posted by the hacker shows information from an email that was supposedly extracted from the FBI server's mail logs.

"This appears to be his own server's logs, as although he has modified the name of the server in the log to be an FBI one, he has neglected to change the timezone reported in the emails from Indian Standard Time to Eastern Standard Time," Wilkes said.

On top of all that, CyberZeist has been suspected of faking hacks and data leaks before.

The goal of faking the compromise of FBI.gov, a high-profile website that's known to use Plone, could be to try and trick other hackers into paying for an exploit that doesn't exist. According to Wilkes the so-called Plone zero-day exploit is up for sale on the Tor network for 8 bitcoins -- around US$9,000.

"There is no reason to believe that his claims are genuine and we would warn all website administrators to be wary of social media users claiming to have bugs for sale," he said.

Before rumors of this vulnerability appeared, Plone had already announced an upcoming security patch scheduled to be released on Jan. 17. That fix has nothing to do with the alleged zero-day exploit and is meant to fix a "minor, low severity" security issue that does not allow for remote code execution or file inclusion, Wilkes said.

The FBI did not respond to a request for comment, but its website is currently online and working properly.