Samsung: "Very soon we will be sharing root cause report on Note7" 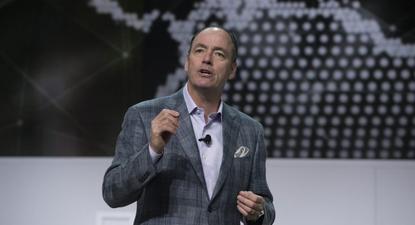 Samsung Electronics America President and COO Tim Baxter didn't mess around during the company's press event at CES 2017 in Las Vegas this week: He addressed the company's tough 2016 and fiery Note7 phablet debacle right away.

Baxter began: "As you know, this year was a challenging year for Samsung. Some of you were directly impacted and certainly many saw the media coverage, especially about the Note7. We continue our intensive efforts internally, and with third-party experts, to understand what happened and to make sure it doesn't happen again. And very soon, we will be sharing the root cause report on the Note7." (See Baxter's talk in the video below at about the 33-minute mark.)

Samsung has previously issued apologies regarding the Note7, which overheated and even burst into flames due to a lithium ion battery problem.

Samsung did not say exactly when the report about its ill-fated Android smartphone would be revealed, but it is believed to have been completed and could be issued as soon as this month so that the company can put the Note7 behind it.

Baxter in his CES talk moved on to tout Samsung's market share growth in the United States in everything from TVs to wearables to, yes, phablets.

The company mainly used CES to make numerous announcements, including a partnership with Under Armour regarding fitness apps, new Chromebooks developed with Google, and a new gaming notebook called Odyssey.

MORE on the Hottest Products Being Introduced at CES 2017