ARN’s partners inside the industry lift the lid on the real world of the channel. 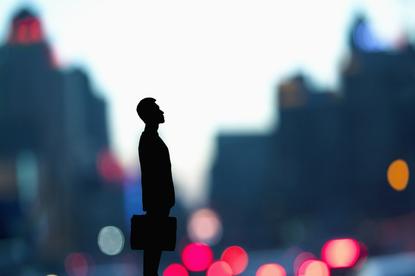 On occasions, I feel for distributors. Just as resellers, vendors and customers must adapt to keep up with new technologies and business models, distribution continues to feel the fullest force of industry change.

During my days buying tin, the distributor was an integral part of the equation - through bringing masses of stock in country, offering price discounts and delivering hardware to the customer.

But now, through the rise of cloud services, I can buy straight from the vendor making the role of the distributor less relevant at times.

I do however, have a soft spot for the smaller distributors that have built businesses in the same way as many resellers across Australia, through relationships and hard work.

In looking back, I’ve most enjoyed dealing with smaller teams, a core group of workers that always go the extra mile to get a deal across the line.

It’s the hallmark of the smaller distributor to negotiate fairly on price and to answer calls at ridiculous hours if required - such value-add attributes are well respected within the channel.

Small distributors are distributors that are not swayed by industry hype or marketing noise, they’d rather operate under the radar and just get the deal done. These are the guys that would rather make eight points on a deal and win it, rather than fight for ten and lose out - I respect that because it’s exactly how I operate.

But as with most successful smaller players, the big boys eventually come calling.

Especially in Australia, the industry has seen a number of homegrown distributors snapped up by global conglomerates, altering the way it does business with the channel in the process.

When a deal is struck you’re always hopeful the acquiring party sees sense and allows the company to run identically to how it did previously, given that’s what made it so successful in the first place.

In other words, when a small distributor catches the eye of a big player, the days of just getting things done decline sharply.

It’s a regular occurrence that suddenly the flexible and competitive team of before can no longer move on price, losing the right to wriggle upon signing the acquisition papers.

Perhaps worst still, the quick decision making and rapid response of old screeches to a halt.

No longer do resellers hear “sure, I’ll sort out that now”, rather “I’ll have to check with my manager and get back to you”.

While I appreciate the need to go up the chain and seek approval from higher management when required, suddenly the channel’s favourite little distributor turns into a multinational vendor overnight.

One recent example occurred when the guy who used to book my couriers became suddenly blocked by the need for constant management approval from up above.

This is a guy who used to arrange the dropping off of boxes during out of office hours - usually on a weekend - so that I could carry out customer installations on site. But now, it’s a health and safety issue. Talk about stifling employees and restricting reseller trade.

But maybe the key in all of this is that I continue to do business with the bigger distributors, in fact I don’t have a choice.

And the most worrying part of a crazy few years of M&A activity across the local channel is that in 2017, the little guys will fade even further into obscurity.

For partners wanting to submit their views anonymously, please get in touch via secretreseller@idg.com.au