​Changing of the channel guard in 2017

In light of striking business and technological shifts, the channel is churning at a rapid rate - partners must learn from the past to prepare for the future. 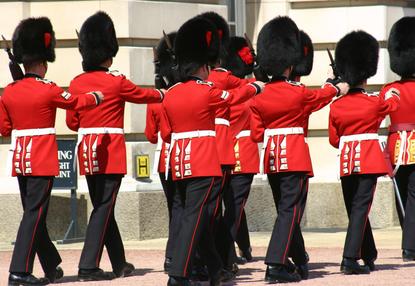 For an industry under duress, weighed down by legacy strategies and bygone ideologies, there’s a surprising surge of denial emerging across Australia and New Zealand.

Because as the overall economics of being a channel partner change significantly, the archaic approaches of yesteryear are dramatically falling by the wayside.

In short, those out-of-date are quickly running out of time.

“If 2016 was a tough year for you, then I have some bad news, 2017 is likely to be tougher still,” Tech Research Asia executive consultant, Mark Iles, observed.

“If 2016 was a good year for you, I expect 2017 to be better still. It all depends on what markets you’re serving and the solutions you’re offering but momentum matters and if you have it I suspect you’re on the right track and if not it’s likely you need to rethink your focus and adapt.”

And momentum is key, because for those hurtling downstream as the market advances up, 2017 represents a defining year.

Globally, the channel has suffered a 30 per cent decline in the number of partners serving the market since the recession of 2008.

Take Microsoft as a core example - ten years ago the tech giant controlled an ecosystem that represented over a million partners worldwide, but today, it’s around the 600,000 mark.

“Channel margins have been challenged for over a decade, with eroding hardware, software and services resell opportunities,” ChannelEyes CEO, Jay McBain, said.

“Increased competition and more efficient tools and processes has commoditised the delivery of IT and telecom.”

Such competition stands to have game-ending consequences for inactive resellers.

From entrepreneur to exit

Despite the uplifting nature of initiating an act of self-improvement as 2017 materialises, the New Year resolution ritual presents a sobering ultimatum for resellers.

While seemingly fun to make in the moment, and notoriously difficult to maintain, for many operating within the Australia and New Zealand channels, the appetite for another 12 months of strife will be waning.

For the heyday is over and the future isn’t as bright.

“Look around the conference room at the colour of the hair, it’s indicative of how old the channel is,” McBain said.

“The 1980s started the wave of momentum and presented lots of opportunities that helped turn the 1990s in the golden age for the IT reseller.

“As the industry marched along to Y2K it was a hugely profitable era but for those that have been along for the ride, many have not been in business for 30 years. The result is that the channel has lots of 50 and 60-year-olds running businesses.”

In citing global CompTIA research, McBain recalled a 2014 prediction that 40 per cent of reseller owners plan to retire within the next 10 years, with the make-up of the channel on pace to change significantly by 2024.

Yet in assessing the exit strategies from the one-time budding entrepreneurs of the industry, a depressing fact remains.

“The valuation of these businesses is surprisingly low,” McBain said. “Most are struggling to hand over the business to their children because they don’t want to run a company such as this, which asks questions around what an exit is going to look like.

“On average, the vast majority of these resellers have saved less than $US100,000 for retirement. They have basically spent everything on their business thinking it would sell for millions of dollars but the fact is that a value-added reseller business is barely worth 1x revenue.


“After a life’s work, they have little to show for it.”

But as one era comes to a close, another beckons for the ever-changing channel.

Or so the statistics would suggest, with CompTIA forecasting that 75 per cent of the industry will be made up of millennials by the time the opening ceremony of the 2024 Olympics gets underway.

Yet the faster, higher and stronger saviours are setting up shop away from traditional battlegrounds.

“As the number of partners continues to decline, the cavalry we expected over the hill is not coming,” McBain said. “Millennials are not joining leadership/ownership roles within ‘our’ channel.

“They don’t show up at trade shows or events, they don’t get previewed by the channel press and they don’t participate in the historic IT communities.

“They are, however, joining the broader technology industry and other industries that are radically transforming themselves into technology companies.

“Instead, they are in the shadows. The changes in how companies make technology decisions, led by the lines of business, used to be called ‘shadow IT’ or ‘rogue IT’, but today is the new normal.

“This change in the customer buying journey has been heavily influenced and accelerated by several ‘shadow channels’.”

As explained by McBain, the shadow channel is a “broad and diverse group” of companies from all backgrounds who “engage, influence, recommend and even resell technology” to lines of business.

Alluding to the notion that every budget is now an IT budget, a partner’s market success is now enhanced by its ability to address complex buying processes that span not only CIOs, but also influential business decision makers.

And it’s playing out in the numbers, with 72 per cent of professionals with influence over IT budgets no longer working in IT, with Gartner research suggesting that 35 per cent of an organisation’s technology budget will be spent outside the IT department by 2020.

“It’s hard to predict the impact of each of these shadow channels against the future technology opportunity,” McBain qualified.

“We do know that competition for traditional partners is shifting from the business across the street to a myriad of influencers on end customers.”

For McBain, the shadow channel is currently the “wild west”, billed as the equivalent of where the traditional channel was maturity-wise during the early 1990’s.

“They are putting customer businesses at risk everyday by playing fast and loose with customer data, financial and even HR data,” he explained.

“Proprietary information is flying everywhere across public clouds by smaller start-ups with little control or regard for the ramifications (or regulations).”

Looking ahead, McBain believes the traditional channel has an opportunity to play a “crucial role”, striking strategic relationships through mergers and acquisitions while adopting the right skills and business models.

“It’s an opportunity to play the adult in the room,” he said. “It may not be sexy to talk about business continuity, security or compliance with line of businesses - but someone needs to do it.


“If the IT department is losing power, the channel needs to step up to protect these customers. Mistakes in these areas can cause business-ending catastrophes or even put executives in jail.”

Amidst sizeable spending change and focus from end-users - which is directly impacting partners up the supply chain - the break-fix approach of the past is no longer a commercially viable route for the channel.

With the margin bubble well and truly burst, and the big juicy deals becoming increasingly infrequent, resellers are being pressured to source sustainable income through managed services and recurring revenue streams.

“Large, complicated projects will be the exception not the norm. Instead reset to be efficient at selling smaller (not necessarily small) deals that focus on long-term customer relationships and sustainable annuity revenue streams.”

In a world where everything is delivered as-a-service, Iles said the brand of the technology building blocks is “less prominent”, making the service provider brand “front and centre” of the conversation.

“Vendors need to adapt and realise if they aren’t prioritising managed services providers (MSPs) there may be no other customers left eventually,” he warned.

“They are back in the stone ages,” McBain added. “Change is going to hit hard and will be a game ender for vendor’s that don’t make the switch.

“A large number of channel programs get stuck in the exact same place. After countless hours of planning, building and executing a robust set of partnering strategies and mechanics, channel chiefs miss some very important steps in their go-to-market activities.”

McBain believes the channel continues to be “highly-decentralised”, segmented by specialty, geography, industry focus, customer segment, business model and others.

“What smart channel chiefs understand is that influencing this large group of disparate people involves a wide array of tactics and a lot of manual labour,” McBain said.

“It’s important to note that the channel is rarely fooled twice. There have been many examples of vendors becoming highly visible and not backing it up with the product, program, pricing, place, promotion and internal channel religion to make it sustainable.”

Through looking back on lessons learned, resellers must accept that three decades of expertise no longer carries the same gravitas as years gone by.

Rather, a harsh realisation must occur that a changing of the channel guard is underway.

“The good old fashioned channel isn’t the channel that will carry the industry forward,” McBain added.

Rise of the shadow channels