​How partners can help CIOs build trust in digital government 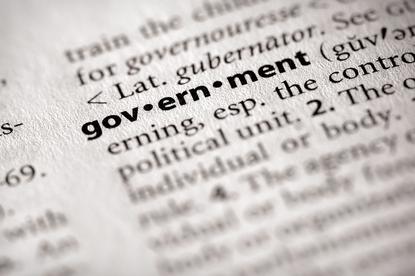 Initiatives are underway in almost all agencies, at all levels of government, albeit using different approaches, based on political priorities and the context within which they operate.

Regardless of the approach, the journey to digital government is complex, involving significant investment in technology and fundamental changes to how agencies operate.

Change of this magnitude cannot be achieved without the agency taking on a level of risk.

However, governments have a comparably low appetite for technology-based risks.

“Digital government failures or even minor setbacks may drive a risk-averse government to take a step back at the exact time it should be making bold digital investments,” Gartner research director, Dean Lacheca, observed.

According to Lacheca, significant failures or setbacks will have major consequences to the CIO’s digital government program, especially where these failures result in public and under political pressure.

From a channel perspective, partners must advise CIOs to work constantly with IT leadership teams and the agency leadership in four areas to keep digital government programs on track.

For Lacheca, CIOs and IT leaders developing a digital initiative should build a partnership with their organisation’s head of HR and the lead of any wider transformation programs such as the chief digital officer or head of citizen experience.

“At this stage, digital leaders can ‘recruit’ tech-savvy stakeholders within the organisation that will be affected by the program to act as its champions,” Lacheca explained.

“This should result in more steadfast support for the program, even in the wake of any setbacks or failures.”

Lacheca believes having this buy-in and feedback from all levels in the organisation is also an important part of creating something that meets the needs of all stakeholders.

“Shared goals between the IT department and executive leadership within the government organisation are a critical aspect of success,” Lacheca observed.

“IT cannot be expected to successfully deliver digital government if it is focused on technology alone, as opposed to looking more broadly at organisational goals.”

Once the shared digital government strategy is established, Lacheca said it must start to deliver tangible business benefits quickly, as political and agency leadership can change even within political cycles.

“Building trust and confidence can be vital in establishing a degree of tolerance when faced with any future setbacks,” Lacheca added.

Communication is a vital and often overlooked part of success in digital transformation, according to Lacheca.

“Open and continuous communication of progress, successes and setbacks should underpin every stage of digital transformation from planning to delivery,” he said.

“It often pays to have a communication strategy in place where the possibility of a setback is known in advance.

“This mitigates any perception of panic that can simply add to the sense of ‘crisis’ rather than a ‘bump in the road’.”

Lacheca believes perspective on risk is one of the “fundamental differences” between government agencies and the private sector.

“Agency executives are not driven by a desire for growth or shareholder return, like their private-sector counterparts,” he said.

Implementing “fail fast” approaches by backing agile delivery practices with formal reviews at crucial stages by executive leaders ensures there is an opportunity for executive leaders to feel they are closely involved.

“Maintaining an ongoing dialogue on risk should allow the CIO to keep the digital government program on track, and build confidence that any setbacks are under control and within expectations,” Lacheca added.