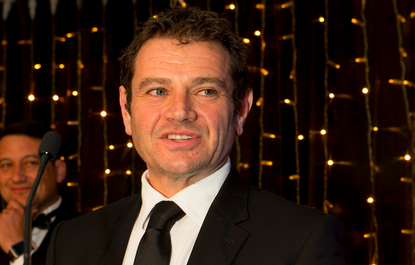 Dave Rosenberg has announced his intention to depart as managing director of Westcon-Comstor across Australia and New Zealand, returning to his native New Zealand after more than two years of commuting across the Tasman.

Rosenberg will take up the role of New Zealand managing director, based in Auckland, and will continue to be on the Asia Pacific leadership team.

As a result, the distributor will look to hire a dedicated Australian managing director, with both roles reporting to Patrick Aronson, who has been appointed as executive vice president for Asia Pacific.

Replacing Wendy O’Keeffe - who exited the business in November following over 15 years of service - Aronson will be based in Singapore supporting Southeast Asia, Greater China, Japan, Korea, as well as Australia and New Zealand.

“I have decided to move back to New Zealand to be closer to my family and Westcon-Comstor have supported this,” Rosenberg said.

“I’m excited to lead the New Zealand team. Having two locally-based country managers under Patrick’s leadership will further strengthen our business in the region.”

Having taken over the trans-Tasman organisation in August 2014, Rosenberg - who will transition out of the Australian business in the months ahead - will fill the void left by outgoing country manager, Mark Baker, who is exiting to run the IBM channel in New Zealand.

Since taking the hot seat of one of the country’s largest distributors, Datastor, in 1999, Rosenberg officially heads home with nearly 20 years of channel leadership experience.

Following Westcon Group’s acquisition of the business in 2009, Rosenberg took control of local operations in 2012, as managing director of New Zealand.

Rosenberg returns following a double win for Westcon-Comstor at the 2016 Reseller News ICT Industry Awards in October, with the distributor taking home Cloud Distributor of the Year and Best Distributor Initiative awards.

Rosenberg was also inducted into the Reseller News Hall of Fame in 2015, in recognition of over two decades of service to the local channel.

During his tenure, Rosenberg brought dedicated Cisco shop, Comstor, to the country, consolidating the distributor’s Cisco offerings under one roof in September 2015, alongside the recruitment of Phil Cameron as director of vendor alliances A/NZ in January 2015.

From a regional perspective, Aronson previously held the role of vice president Asia at Westcon Comstor and brings more than 25 years of technology industry leadership experience to his new role.

“We are excited to promote Patrick to this new role,” Westcon-Comstor CEO, Dolph Westerbos, added.

“His strong leadership capabilities mean that he is ideally suited to help our customers navigate a rapidly accelerating market.”

During his two years with Westcon-Comstor, Aronson has led several strategic initiatives, most recently the launch of the distributor’s BlueSky Cloud and Service Management platform.

“We are fortunate to have strong successors within the Westcon-Comstor organisation who already know our customers’ business and understand the inherent challenges and opportunities to accelerate meaningful results,” Westerbos added.

Aronson brings extensive experience from his tenure at Motorola, where he spent ten years leading the mobile phone business in Southeast Asia.

Prior to Westcon-Comstor, he was managing director at Brightstar, where he helped develop the company’s engagement strategy with service providers.

“I’m looking forward to working with the team across Asia-Pacific on the cyber security, cloud and networking distribution business,” Aronson added.

“2017 is shaping up to be a great year, and I’m excited about our future in the region.”