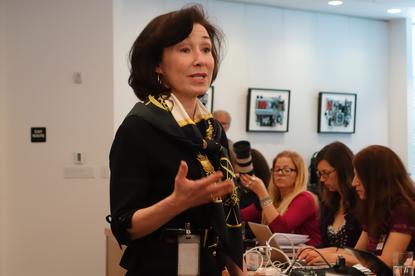 The appointment comes a day after Catz and other tech leaders met Trump in a high-profile meeting at his New York offices.

"I'm actually privileged and honored to even be here, and we are looking forward to helping you, and your administration,"  Catz said at the beginning of the meeting.

That meeting wasn't the first time Catz had met Trump. She visited him in New York in November, sparking rumors that Trump was considering her for a cabinet position.

Since 2015, Catz has donated US$57,640 to a handful of Democrats and Republicans, according to filings with the Federal Election Commission. More than half of that money went to the Republican National Congressional Committee in September, well after Trump was picked as the party's presidential candidate.

Oracle has not responded to a request for comment.