Apple pushes Microsoft off the top place, a position it held consecutively since mid-2014. 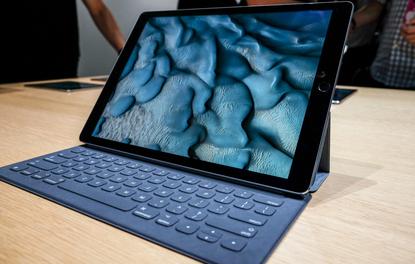 Apple has captured the number one spot in the detachable market for the first time since entering the market in late 2015, pushing Microsoft off the top place, a position it held consecutively since mid-2014.

According to findings from IDC, the detachable market in New Zealand grew one per cent year-on-year for the July to September quarter reaching 18,500 shipments, a considerable slowdown compared with the growth rates observed earlier in the year.

“When slates were introduced they were seen as a new device, whereas detachables are considered a hybrid of a slate and a laptop.”

Gorton said Apple detachables have a strong presence in the consumer space, and are growing in the commercial segment also.

“Consumers see iOS detachables as entertainment devices, which is working in favour of Apple,” he explained.

“When buyers want a productivity upgrade, they often purchase a laptop, but if the device is purchased as a secondary device then Apple detachables appear front of mind.”

Despite the growth in the detachable market, overall, the New Zealand tablet market continues to decline year on year, and IDC forecasts this decline to continue at a decreasing rate into the foreseeable future.

Comparing total tablet shipments from July to September 2016, with the same period in 2015 shows a total market decline of 16 per cent - this decline was due to shipment declines in slate tablets which fell 20 per cent year-on-year.