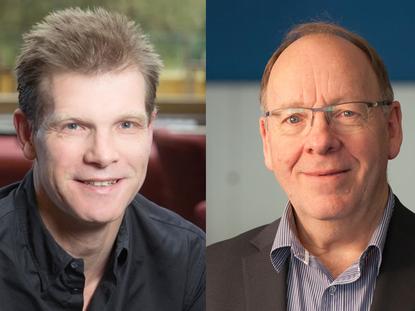 As one of the largest integrators operating across Australia and New Zealand, Datacom is gaining ground on both sides of the Tasman.

Following its recent certification as one of Amazon Web Services (AWS) next-generation managed services partners, Datacom was the first across A/NZ to be recognised in the program, alongside Bulletproof and Melbourne IT.

"It's a pretty strenuous auditing process,” Datacom Group CEO, Jonathan Ladd, told ARN at re:Invent 2016 in Las Vegas. "We had to put in about four hundred hours of preparation to do it.

"It's good that AWS is taking the whole managed services play seriously, and certainly they are taking the certification seriously."

From a competitive partner perspective, Ladd sees little benefit in a certification program that is easily accessible to a large number of partners, which essentially dilutes the accreditation process.

Yet Ladd was quick to praise AWS for tightening up its accreditation program, believing that it enables customers to chose the right partner with "some degree of certainty".

In being one of the vendor’s top tier partners, Datacom boasts a high level of engagement with AWS at both a local and global level.

"Essentially it's about access to the right levels of skills, experience and guidance,” he said. “We receive a preview of what is coming down the line all the way back into Seattle which goes very well. We visit them two or three times a year."

Such engagement remains a "vital part of the relationship", and aligns to rapid growth in Datacom’s cloud business as a whole.

"Rarely does an outsourcing or change conversation occur with a customer in Australia or New Zealand where they are not asking how they will get to public cloud,” he said.

"Some customers come with their own pre-worked idea about how to do it and others come with an idea of where they want to be and are looking for a partner to develop and execute a strategy.

"Some of those can be multi-year programs where the destinations vary between AWS, Microsoft Azure, private cloud or remain on premise. It can vary quite considerably.”

From a local standpoint, Datacom A/NZ CEO, Greg Davidson, told ARN that the market had a tendency for slow shift adoption rates.

"We ran a short, sharp program to re-platform Turners & Growers’ SAP environment onto AWS and AWS’ HANA offering for approximately 1300 users scattered around the world," he explained.

"They are an existing customer that required help migrating to a new environment.

"Another example is Foodstuffs in New Zealand, who are one of the two dominant grocery providers. We ran their order entry portal for their wholesale operation for about 200 stores across the country on AWS because it provided the flexibility they were looking for."

Davidson said there were a large number of examples of customers migrating parts of their infrastructure to public cloud rather than taking the “all-in” approach touted by many vendors.

“They don’t want to move everything but they have decided there are specific use cases that are suitable for public cloud and so we have made it work for them too," he explained.

Datacom's approach mirrors a trend that AWS highlighted itself, outlining that an incremental approach to cloud deployments stands all as the "overwhelmingly popular choice" for customers.

“As customers become more confident with the concept and specifics of cloud, they understand the cost benefit and efficiencies form a business perspective,” Ladd added.

In addition, while the "all-in" approach is something that AWS is keen to promote, the reality remains that certain use cases work better in different environments.

"The role of the service provider is to figure out which use cases of a customer’s 1500 workloads are suitable for cloud," Davidson added.

As revealed during re:Invent 2016, AWS' strategic announcements - such as the ability to run VMware cloud - are orientated around those stubborn workloads which are difficult to move.

Davidson said that organisations moving to the cloud were, to a large extent, not appreciating the concept of data having gravity.

"If an organisation has a large amount of data in a system, all the systems which need to access that data need to be in close proximity to it and the further away those systems are, the less efficient accessing that data becomes,” he said.

“If you have that load, where it lives really matters to have all the systems which need to access it frequently. This means that organisations tend to move their data in clumps or not at all.”

Ladd added that it was the partner’s role to conduct the analysis to understand such market dynamics.

Furthermore, Davidson said that highly consolidated as-a-service offerings that are commonplace across A/NZ - where companies have previously migrated wholesale into shared environments such as VMware or one of its competitors - are actually a step ahead and more efficient than on premise.

"Therefore, if you are already in a data centre and have already consolidated your environment to a shared offering, price wise you are probably getting closer to AWS," he explained.

"If you want to run optimally in AWS you also need to understand availability and you have to understand how consumption charging works in that environment to make sure you do not end up in a situation where storage consumption or processing usage gets to the point where you are worse of than in an early stage environment."

For Davidson, the transformation also involved the optimisation of applications, in order to take full advantage of the functionally provided by AWS.

"If you don't do that you can be worse off in the public cloud environment than you were before," he said.

"That does not necessarily mean you have to rewrite your entire application, but it means the infrastructure around that application needs different automation and needs to work a little differently. The transformation is about shifting the way the running of the application works."

Davidson also raised the very simple issue of charging in US dollars, saying companies used to a fairly predictable base cost to IT infrastructure have recently found prices fluctuating due to a volatile exchange rate.

“It is a trivial example but it is important to an IT manager trying to manage a $150,000 a month bill, it becomes significant,” he said.

The interview was conducted at AWS re:Invent 2016 which Chris Player travelled to as a guest of AWS.