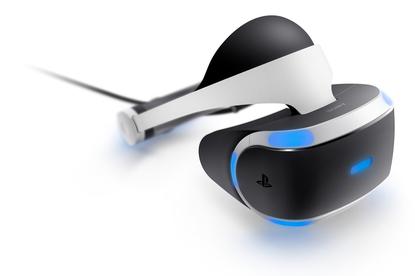 Virtual reality is emerging as a computing category just like PCs and mobile devices, and VR headset shipments are booming.

As Sony's PlayStation VR beat out the more expensive HTC Vive and Oculus Rift, VR headset shipments totaled around 2 million this year, according to research firm Canalys. That is fast growth for a market that was in its infancy last year.

Canalys' estimates mainly include head-mounted displays with screens. It excludes headsets without displays such as Google's Daydream View or Samsung's Gear VR, which are shells in which mobile devices need to be attached for VR. The shipment estimates also do not include devices like Lenovo's Phab 2 Pro mobile device, which offers blended reality directly on the screen of mobile devices.

Next year even more VR headsets with integrated screens will hit the market, and shipments will total over 5 million units, Canalys said. In 2018, the number of units will grow to about 10 million, and reach 15 million in 2019.

Top PC makers Dell, Acer, HP, Lenovo and Asus will make head-mounted VR headsets based on the Windows Holographic platform. Those devices will effectively be clones of Microsoft HoloLens, which is now available for $3,000. A Chinese company, 3Glasses, will ship a VR headset based on Windows Holographic for $499 in the first half of next year.

For now, the market leader is Sony, whose PlayStation VR headset leads the market despite shipment delays. Canalys estimates 800,000 units of the headset -- which is for use with PlayStation 4 gaming consoles -- will ship by the end of the year. The device, which launched in October, was marketed heavily. It is currently priced at $399.99, lower than the other two major headsets, the $599 Oculus Rift and $799 HTC Vive.

Competition is also coming from fully integrated low-cost headsets made in China, which is one of the largest markets for VR hardware. Canalys pointed out Chinese companies like Deepoon, Idealens and ANTVR were players in the local market.

There is growing adoption of headsets among gamers, but the VR market could take years to mature, Canalys said. Also, several products were delayed and billions of dollars are being spent on new headset designs.

Beyond gaming, VR headset makers envision commercial use for headsets, which could be used in medical and engineering applications. VR headsets could also be used to watch movies, TV shows and sports.