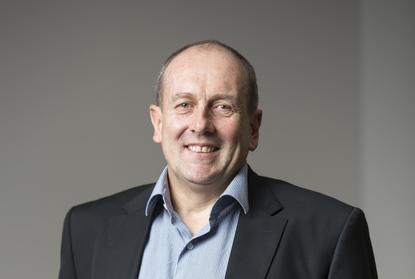 In his new role, Wright will oversee the company’s trans-Tasman channel business and the implementation of new Dell EMC Partner Program, which is set to come into effect in February 2017.

According to Dell EMC, Wright will play a “critical role” in unifying each legacy company’s partner programs.

Based in Sydney, he will have primary responsibilities for the company’s sales efforts across all of its commercial channel partners, including distributors, resellers, and system integrators.

“With the incredible improvements coming to the Dell EMC Partner Program, our channel needs an incredible leader who understands the local market, has been working with partners across the country, and knows how to lead through this transition,” Tian Beng said.

“Geoff [Wright] brings a wealth of industry experience and has formed great relationships within the channel community, which I believe will enable us to make great strides in the market."

“His experience and expertise will be invaluable to our partners as we attack the market together and win big."

Wright, who joined Dell in 2015, brings nearly 30 years of strategic channel experience having worked across APAC, EMEA and the UK at a number of high-tech companies, including Miller Heiman Group’s Channel Enablers, Microsoft Australia, and Microsoft UK.

The appointment comes as Dell EMC works to combine elements of the former Dell and EMC channel programs to create a new, tiered partner program globally.

“Our channel partners will play an increasingly important role in our go-to-market strategy and growth of the business as we seek to become the industry’s most trusted advisor,” Wright said.

“Built on three core tenets – to be Simple, Predictable and Profitable – the new Dell EMC Partner Program will ensure all partners are positioned for growth and success," he said.

"I am thrilled to be part of this exciting journey in leading our combined channel business."

Wright’s appointment follows the official appointment of Tian Beng as channel chief across Asia Pacific and Japan (APJ). In the role, Tian Beng takes charge as senior vice president and general manager, with a responsibility for all countries except Greater China.

The appointment comes on the back of the completion of Dell’s $US60 billion acquisition of EMC in September, creating Dell Technologies.

Under the moniker of Dell Technologies, the combined company comprises of Dell, Dell EMC, Pivotal, RSA, SecureWorks, Virtustream and VMware, operating as a $US74 billion market leader.