IBM Watson goes to the enterprise with 40 companies now adding smarts to the cognitive system. 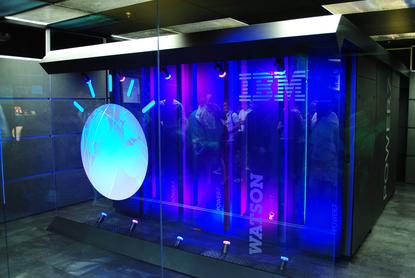 Watson has gone through school and ready for first internship. IBM today said its Watson cognitive computing system continues its path to become part of a full-fledged cybersecurity service by announcing 40 customers have begun beta testing the technology as an enterprise protection tool.

The idea behind the Watson for Cybersecurity project is to automate IT security duties like analyzing the tons of alerts generated daily by security operations.

The ultimate goal would be to help automate responses to security problems but that notion is down the road for Watson for now.

+More on Network World: The most momentous tech events of the past 30 years+

The help is needed too as the volume of security data presented to analysts is staggering, IBM said in a recent release.

The beta customers are using Watson to bring more experience to the system and develop new use-cases such as: Determining whether a current security “offense” is associated with a known malware or cybercrime campaign; if so, Watson provides background on the malware employed, vulnerabilities exploited and scope of the threat, among other insights, said Diana Kelley, executive security adviser to IBM Security.

Watson can also improve identifying suspicious behavior and help provide better guidance to whether an activity is malicious.

+More on Network World: Gartner Top 10 strategic technology trends you should know for 2017+

Watson’s internship began earlier this year when IBM announced a year-long research that has Watson working with eight universities on cybercrime issues.

The project is feeding about 15,000 security documents into Watson every month, including threat intelligence reports, cybercrime strategies, threat databases and materials from Big Blue’s own X-Force research library.

X-Force represents 20 years of security research, including details on 8 million spam and phishing attacks and more than 100,000 documented vulnerabilities.

Those universities include California State Polytechnic University at Pomona, Penn State, MIT, New York University and the University of Maryland at Baltimore County as well as Canada's universities of New Brunswick, Ottawa and Waterloo.