How tech vendors can successfully articulate a vision

First, your company needs a vision, then, writes columnist Rob Enderle, it needs to know how to articulate it as Corning does with its Day Made of Glass series. 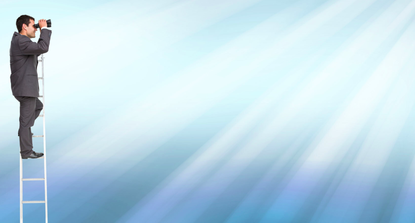 I spent much of last week looking at vendor strategies based on hardware where it was very difficult to see what the end-game would be -- largely because everything was based on parts.

The parts approach is far from uncommon and it leads to incomplete solutions that fail to meet the changing expectations of customers.

The original Star Trek pilot was strangely to point, a key element was that aliens had discovered a human that was so badly damaged they had no idea how the various damaged parts were supposed to work together so the result was badly deformed and extremely unattractive.

Moving from Star Trek to high tech, one of the things that made Steve Jobs different was he almost always started with a vision of where he wanted the company to go irrespective of what the company made.

His most successful offerings were largely created almost from scratch and tightly tied to a vision of where he wanted the offering to go. He then evolved the vision and drove his people, under pain of termination, to build products that met this vision.

But as concepts come forward surrounding initiatives ranging from mixed reality, to applied artificial intelligence, and ever smarter homes and offices, how would you formulate and articulate a vision.

A vision that points your people at building a solution and helps direct partners and alters customer needs to best match what will result. The best example for this is Corning’s Day Made of Glass.

Corning’s Day Made of Glass

Other vendors have copied this approach over the years to accomplish similar goals, but I always drop back to Corning’s effort as the first and still best implementation of this approach.

What this series does, and there have been several videos over the years, is to showcase how the family of the future would spend their day using products that currently and will exist from Corning.

This follows a family from sunrise to sunset as they use connected glass panels in compelling ways that enrich their lives.

By doing this they not only showcase where they want to go, but all the elements needed to fulfill the vision. In the Corning case this includes the on-demand services that would need to be acquired or created to flesh out the soliton and ensure the result is compelling.

Another aspect of this is that the result also forms a baseline for comments on concerns surrounding things like privacy and in-home security.

These concerns may result in either, or both, changing the resulting products’ capabilities or how the product is marketed to assure that the related concerns are addressed and the resulting barriers to purchase are mitigated.

One final benefit I’ve observed is that when this level of quality is used to articulate a vision, movie and TV directors and writers working on future focused films and TV shows borrow the core concepts and help, as a result, drive the vision toward final adoption.

I remember back when I worked at IBM how Louis Gerstner complained about the fact that people wanted a vision from him for the future of the company. The problem was he didn’t have a tech background and, at least initially, this meant he couldn’t come up with a vision.

This is another argument for making sure tech leaders have a background in tech because, without a vision, it is virtually impossible to drive change.

However, even when you come up with a vision articulating and fleshing it out both internally and externally becomes a problem that PowerPoint just isn’t adequate to address.

This is where an effort like Corning’s Day Made of Glass comes in. It shouldn’t be a surprise that when a market or a company doesn’t know where to go, they probably won’t arrive where they need to be.

So do you know where your company or chosen vendor intends to go? Something to noodle on over the weekend.