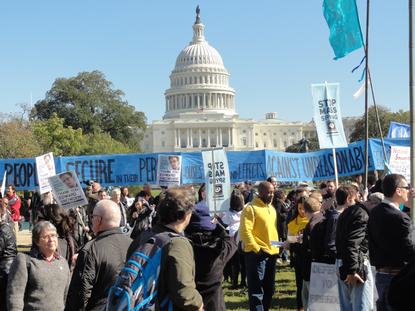 Proposed changes to Rule 41, the search-and-seizure provision in the Federal Rules of Criminal Procedure, will go into effect Thursday barring any last-minute action in Congress.

The rules change will give U.S. law enforcement agencies the authority to cross jurisdictional lines and hack computers anywhere in the world during criminal investigations. Until now, the rules, in most cases, prohibited federal judges from issuing a search warrant outside their jurisdictions.

The Department of Justice has called for the changes as a way to track criminal using anonymizer technology to shield the location of their computers or smartphones.

The rules change, approved by the Supreme Court in April at the request of the DOJ, would give law enforcement agencies broad authority to hack into devices owned by U.S. residents, said Senator Ron Wyden, an Oregon Democrat.

Yet, there's been virtually no debate in Congress about the proposal, Wyden said. Congress should vote "so that the American people can actually determine if their senators support authorizing unprecedented, sweeping government hacking without even a single hearing," he said.

On Wednesday morning, Wyden and two other senators attempted to pass one of three bills to stop or delay the rules change, approved by the Supreme Court in April at the request of the Department of Justice.

Wyden, along with Senators Christopher Coons, a Delaware Democrat, and Steve Daines, a Montana Republican, tried to get the Senate to pass each one of the bills by unanimous consent. But Senator John Cornyn, a Texas Republican, objected to their motions, stopping the bills from moving forward.

The rules change was the result of a lengthy discussion in the U.S. court system, Cornyn said. U.S. residents' privacy will be protected because law enforcement agencies still need to get a search warrant before hacking into computers, he said.

FBI Director James Comey has supported the rules change, saying it would give law enforcement agencies a valuable tool to fight crime.

Wyden predicted that U.S. residents will demand that Congress roll back the changes when they realize how sweeping the new powers are. Congress can still act to kill the new authority after it goes into effect.

The rules change taking effect Thursday should "send a shiver down the spine of all Americans," Daines added. "Our civil liberties ... can be chipped away little by little until we barely recognize them anymore. We simply can't give unlimited power for unlimited hacking."