​Artificial Intelligence deal “biggest yet” for University of Auckland

Intelligent computers that look, think and react like humans are the latest technology being developed at the University of Auckland. 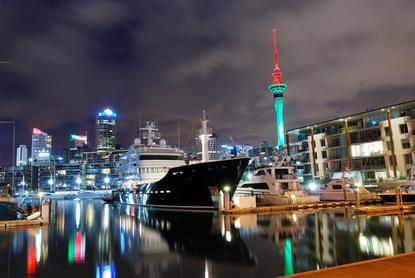 Intelligent computers that look, think and react like humans are the latest technology being developed at the University of Auckland to become a commercial venture.

The company is developing a completely new user interface between humans and machines, based on technology created by Dr Mark Sagar and his team at the Auckland Bioengineering Institute (ABI) at the University of Auckland.

Dr Sagar won two academy awards for his work on the Avatar blockbuster, and becomes CEO of Soul Machines.

“Our engineering team will focus on bringing human life to technology that is intelligent, emotive and adaptive,” Dr Sagar said.

“Our goal is to define the user experience for Artificial Intelligence systems and platforms.”

Auckland UniServices CEO, Andy Shenk, said Soul Machines demonstrates the “phenomenal power” that comes from the unique combination of art, science and creative insights that Dr Sagar and his team have produced.

“In the same way, we at UniServices believe that Soul Machines also demonstrates the unique power that comes from the combination of world-class research at the University of Auckland and the commercialisation expertise that we have built over almost 30 years,” Dr Shenk said.

The new company is backed by Horizons Ventures, which were early investors in Siri, acquired by Apple, and Deep Mind, acquired by Google.

In addition, Phil Chen from Horizons Ventures will join the board while experienced New Zealand-based technology entrepreneur, Greg Cross, has also joined Soul Machines to launch the new company and accelerate commercialisation.