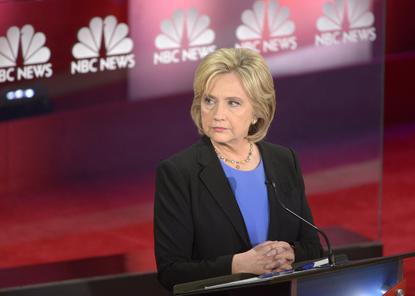 FBI Director James Comey said new emails that had been found had not changed the agency's July decision not to recommend charges against Democratic presidential candidate Hillary Clinton over her use of a private email server.

In a letter Sunday to lawmakers, Comey wrote that based on the FBI's review of the emails, the agency had not changed the conclusion it had expressed in July with regard to Clinton's use of a personal email server when she was secretary of state from 2009 to 2013.

The letter from Comey comes ahead of U.S. presidential elections on Tuesday and will likely blunt criticism that Clinton used the email server for confidential government communications.

Comey was criticized when he wrote in a letter to lawmakers over a week back that the agency had uncovered new emails "that appear to be pertinent to the investigation" of the private email server, leading federal authorities to investigate the mails. Comey said in a letter to Congress that the mails had been found in an unrelated investigation.

The FBI did not disclose the source of the new emails. The emails were discovered on a laptop shared by former Congressman Anthony Weiner and his estranged wife, Clinton aide Huma Abedin, according to reports.

The FBI had concluded in July that Clinton or her colleagues had been "extremely careless" in the handling of very sensitive, and highly-classified information, but the agency did not recommend filing any charges against her.

"We were always confident nothing would cause the July decision to be revisited. Now Director Comey has confirmed it," tweeted Brian Fallon, Clinton's press secretary on Sunday.

Clinton's rival Donald Trump said the FBI can't have reviewed 650,000 new emails in eight days, according to a tweet by NPR. "Hillary Clinton is guilty," he added.

"The FBI investigative team has been working around the clock to process and review a large volume of emails from a device obtained in connection with an unrelated criminal investigation," Comey wrote Sunday, without specifying the number of mails that were processed. "During that process, we reviewed all of the communications that were to or from Hillary Clinton while she was Secretary of State," Comey added.