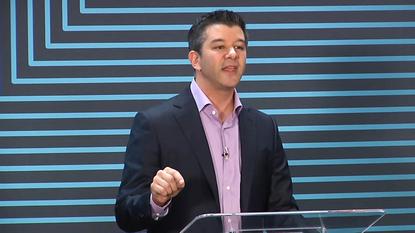 Taking a cue from Uber drivers, a ‘foot and bike’ courier has filed a proposed class-action lawsuit against the ride-hailing company and a subsidiary, demanding minimum wages, and reimbursement of tools-of-the-trade expenses and gratuities as would be typically provided to regular employees.

Uber has introduced its delivery services, called UberEats and UberRush, in some cities in the U.S. and other countries.

In a proposed class action lawsuit on behalf of himself and other Uber couriers in New York, Matthew B. Burgos, claims that among other things, Uber circumvents its duty of supplying safety gear by misclassifying its couriers as independent contractors. Couriers are also required to purchase their own ‘tools of the trade’ including their own bicycles, helmets and reflectors in making deliveries for Uber.

The lawsuit filed in the U.S. District Court for the Southern District of New York cites New York City Bureau of Statistics reports that there were 225 bicyclist deaths between 1996 and 2005. “Over seventy percent of those deaths were delivery workers, and 97% of the delivery who were killed were not wearing helmets,” according to the complaint.

A federal judge in California rejected in August a proposed settlement between Uber and drivers in Massachusetts and California in lawsuits that claimed that they should be classified as employees with full benefits rather than as independent contractors. The proposed settlement did not address the classification issue, but would have given the drivers in the class-action suit a US$84 million payment, which could see a hike of $16 million depending on Uber's valuation if it goes public.

District Judge Edward Chen of the U.S. District Court for the Northern District of California found that the amount was not fair and adequate as most of the drivers would receive less than $100 each from the settlement. An appeals court ruled in September that drivers had to settle issues through individual arbitration provisions instead of through class action.

Uber could not be immediately reached for comment on the complaint by Burgos.

The company has held that its model, based around freelance contractors over whom it says it has minimal control, gives drivers flexibility to choose when to work and be their own bosses. Recognizing its drivers or couriers as employees would require the ride-hailing company to pay them benefits, which would push up its cost of operation.

The lawsuit by the couriers will likely have reverberations in the on-demand economy, which mainly uses contractors to deliver a variety of services to help keep costs down.

“Uber controls nearly every aspect of the Couriers’ employment,” according to the complaint by Burgos, which claims that a person “is an independent contractor only when free from control and direction in the performance of such services.”

While the agreements state that couriers have the right to work for other delivery companies, the couriers including Burgos were told during an orientation course in December last year that a courier would be “deactivated” from Uber if found to be working for any other service, according to the complaint. Couriers must also take the assignments given, and complete them in time frames set by Uber.

The company had a setback recently in the U.K. where an employment tribunal ruled that it should treat its local drivers as employees, and pay them the minimum wage and give them paid time off. The judge decided that Uber was an employer because of its control of pricing, of the route taken by the drivers, and of key information about passengers.