The deal signals Google's growing interest in VR and AR 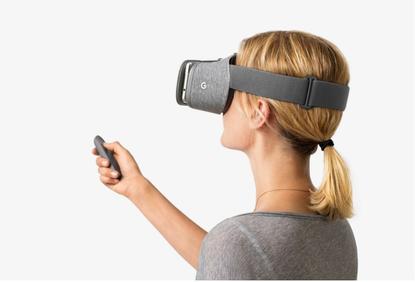 Google has acquired a 3-year-old eye-tracking company for virtual and augmented reality headsets, signaling the tech giant's interest in the immersive technologies.

Eyefluence, founded in 2013 by serial entrepreneurs Jim Marggraff and David Stiehr, develops eye-interaction technologies to control VR and AR headsets. "Eyes can instantaneously transform intent into action, enabling communication as fast as you can see," the company says.

The deal with Google was announced Tuesday. "With our forces combined, we will continue to advance eye-interaction technology to expand human potential and empathy on an even larger scale," Eyefluence said in a blog post.

Google released its Cardboard smartphone VR visor in mid-2014 and its Daydream View VR headset in early October. The company is also reportedly working on a high-end VR headset.

The deal allows Google to put Eyefluence's technology into VR and AR products like Daydream, allowing third-party developers and publishers to use it as part of the Google's UI toolkit, said Lewis Ward, research director for gaming and VR/AR at IDC.

Still, there are some questions on how eye control of VR and AR systems will work, he said by email. "I'm still not sure how they tell [that] you want to 'double-click,' as opposed to simply look at something for a long time, but it does make sense to leverage the eyes as a viral part of the AR/VR UI scheme moving forward," Ward added.

Google and Eyefluence didn't disclose the terms of the deal.