Verizon may want a $1 billion discount on Yahoo 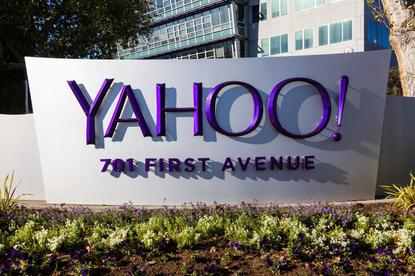 Verizon may be getting cold feet with its acquisition of Yahoo. Reportedly, it's asking for a $1 billion discount on the original $4.8 billion deal for the Internet company.

Recent news about Yahoo's massive data breach and its alleged secret email scanning program has diminished the company's value in the eyes of Verizon, according to a Thursday report by the New York Post.

Tim Armstrong, the head of AOL, which Verizon acquired in 2015, reportedly has met with Yahoo executives about reducing the acquisition price.

"He’s pretty upset about the lack of disclosure and he’s saying can we get out of this or can we reduce the price?" the report said, quoting what it called a source familiar with Verizon's thinking.

Experts have also said that Verizon may choose to back out of the deal after Yahoo revealed last month it had been hacked in 2014. That massive data breach may have stolen information from at least 500 milllion user accounts.

At the time, Verizon said it had only learned about the breach two days before Yahoo disclosed it publicly.

The negative press about Yahoo ramped up again earlier this week when a Reuters report claimed that the company had been secretly scanning the incoming emails of all its customers for U.S. intelligence purposes.

Yahoo has called the Reuters report misleading. Privacy advocates said the spying may have been so broad that it was unconstitutional.