​Why did SecureCom acquire Atmospheric? 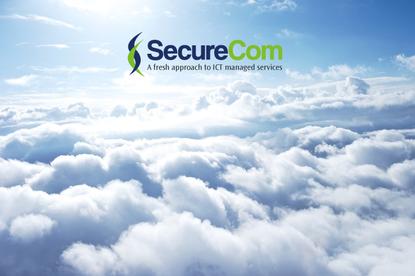 SecureCom has signed an agreement to acquire Atmospheric, taking control less than three weeks after the troubled cloud specialist hit the wall.

Following a dramatic fall from grace, the one-time channel poster child of Microsoft now has new owners, integrating immediately into the SecureCom business.

As a privately-held IT services provider, the move makes sense from a technological perspective, allowing the Auckland-based company to enhance its cloud and managed services offerings in New Zealand.

“We’ve made a couple of small acquisitions in the past and this wasn’t something we were actively looking at but it’s right in our sweet spot,” SecureCom director, Greg Mikkelsen, told Reseller News.

“We’re constantly looking for new opportunities around acquisition and we believe the market will continue to aggregate over the next few years.”

Currently, SecureCom designs and manages ICT systems and processes for local businesses, providing a range of cloud, hosting and managed ICT services for customers spanning SMEs through to mid-sized and larger corporate businesses.

As a 100 per cent owned New Zealand business, SecureCom launched its cloud Infrastructure-as-a-Service (IaaS) offering to the local market in 2003, leveraging strong partnerships with vendors such as Microsoft, HP, IBM, Cisco, VMware, alongside Chorus, Spark and Vodafone.

With such a strong cloud heritage, Mikkelsen said the deal will add further momentum to SecureCom’s expanding business, specifically around it’s relationship with Microsoft.

As a 1-Tier Microsoft Cloud Solutions Provider (CSP) in New Zealand, Atmospheric’s standing has been transferred to SecureCom upon closing of the deal, placing the business alongside Datacom, Dimension Data, Intergen, OneNet, Spark, Softsource, MHA Cloud Computing and Snap / 2degrees.

“It’s an instant leg up for our cloud business,” Mikkelsen added. “We’ve got over 4,000 end users so this represents a natural progression.”

“We’re in the process of visiting all Atmospheric customers at the moment and so far we’ve had a 100 per cent re-sign rate,” Mikkelsen said.

“Our goal is to help firms and organisations with their digital transformation, to not only satisfy customer demands but to also drive the agility and operational efficiency they need to stay competitive.

“This acquisition better positions us to assist New Zealand businesses in the areas of platform IT services and cloud computing.”

Previously recognised as a one-time industry leader in the architecture, deployment and support of cloud technologies, Atmospheric carved out a reputation as being a standout Microsoft Office 365 and Azure Cloud Platform partner in New Zealand.

Backed up by its crowning as Microsoft Cloud SMB Partner of the Year in 2015, the Auckland-based business has essentially risen through the channel ranks, before its dramatic demise in mid-September.

As reported by the National Business Review at the time, “all but seven of the failed company’s 25 staff have been let go”, with SecureCom now taking over half of the remaining headcount.

“By the time we were involved in the sale, the number of staff had been reduced to nine,” Mikkelsen said. “We offered five contracts in technical roles and they have all started immediately.

“They understand the needs of the customer, the CSP model and are highly skilled, experienced and qualified in the implementation and support of Microsoft cloud solutions.

“We gain effective and immediate access to the skills of the talented people who have been supporting Atmospheric’s customers over recent years.

“Atmospheric has a reputation for high quality service which has attracted clients nationally, including organisations with branch sites in Australia, the US and the UK.”

Despite picking the positive aspects of all things Atmospheric, as highlighted through the original short term tender by receiver Staples Rodway, a car crash of a business still remains.

In speaking to Reseller News, one disgruntled partner who resold services to Atmospheric confirmed that “we had payment problems for well over a year and cut them off a few months ago - we are still owed”.

Representing a “fundamentally dishonest” leadership team - ran by CEO, sole director and sole shareholder, David Verschaffelt - it’s apparent that the business aspect of Atmospheric failed to live up to its potential within cloud.

“All debts sit with the receiver,” Mikkelsen confirmed to Reseller News.

But despite the company’s inability to stay afloat, Mikkelsen said the technological aspect of the Atmospheric - a name that will soon cease to exist - sealed the deal.

“We endeavoured to take onboard the capabilities, existing contracts and accounts of Atmospheric, to provide the service wrap that sits around the Microsoft technology,” he explained.

“The benefit for us is that we will achieve synergies by combining these businesses, through economies of scale gained from our 24x7 service desk and engineering capability, the consolidation of premises and rationalisation of costs.

“In addition, there are significant revenue synergies available, including the potential to attract new customers and cross-sell opportunities to existing clients.”

Amidst Atmospheric falling spectacularly off the cloud cliff, by association, Microsoft suffered embarrassment along the way.

Of the vendor’s “extensive network of over 2,100 partners” in New Zealand, the blotch created by Atmospheric asked new questions around partner profitability within the cloud.

As reported by Reseller News however, blame cannot lie at the door of the vendor - in this case Microsoft - when a partner runs a business poorly.

Yet in an age of cloud-first chatter, the economics of taking to the skies now comes under greater scrutiny.

“This is a good solution for SecureCom and Atmospheric, and more importantly, for clients of both companies,” he said.

“It combines the skills, experience and qualifications of the two organisations to offer kiwi businesses a highly competent provider for the implementation and support of Microsoft cloud solutions.

“We are working closely with SecureCom to ensure that there is minimal disruption to Atmospheric’s services and customers during the transition.”

“We are proud to be a Microsoft partner and we look forward to working more closely with Microsoft in the future,” he added.

“Microsoft naturally had concern for the customer during this, and they are obviously happy that Atmospheric has been acquired by an existing partner with a strong track record in the cloud.”

Looking ahead, Mikkelsen said the company will build on its 13 years of cloud managed service experience, to ensure a “smooth transition” for customers on both sides of the business.