Who’s leading the public cloud game in A/NZ and why?

Forrester Wave identifies the businesses ahead of the curve 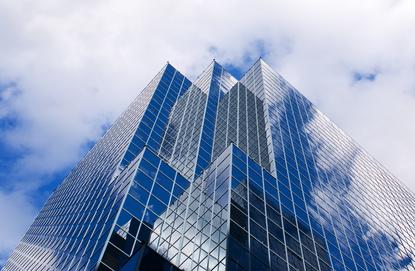 Organisations are turning to public clouds for apps to manage customer operations and perform analytics.

Forrester principal analyst, Tim Sheedy, said the boom in enterprise technology management teams and partners taking such projects to these platforms has resulted in a $US21 billion global cloud platform market that is growing by more than 50 per cent per year.

Closer to home, Sheedy said 37 per cent of firms in Australia and New Zealand are already adopting cloud infrastructure and platform services.

So which businesses are leading the charge when it comes to the public cloud space?

Forrester’s latest wave report named Amazon Web Services (AWS) and Microsoft as the top players, in line with a recent report by IDC.

Evaluating the strengths and weaknesses of seven providers, findings assessed how each provider measures up to the enterprise software development requirements to balance application platforms with infrastructure control in order to help trans-Tasman CIOs select the right public cloud platform partner.

AWS is top ranking for serving more than a million large and small enterprises, cloud-native and traditional developers, and private sector and government clients in 13 global regions (as well as Amazon’s eCommerce businesses).

Unsurprisingly, the report elaborated that Microsoft is by far AWS’ strongest challenger - its strong embrace of public cloud platforms has catapulted the vendor into a leadership position in this market, second only to AWS and well ahead of the other competitors.

It added that Microsoft Azure has massive scale — including a presence in China, which is still unique for a US vendor — and a strong commitment to providing Microsoft apps, competitor technologies, and open source tools and platforms to the full spectrum of developers.

UPDATED 28/09/16: AWS has stated that it too has a region in China and is opening a second one in the coming months.

“A growing number of organisations in both markets view public cloud platforms as the most practical, flexible, cost-effective way to deliver strategic applications as part of a broader digital transformation,” he added.

While AWS A/NZ head of channels and alliances, Stefan Jansen, didn’t comment directly on the analyst report, he noted that AWS was enabling a wide range of customers to take advantage of the significant benefits of cloud to become more agile, innovative and go global in minutes.

"The scale and pace of innovation provided by the AWS cloud is opening up unprecedented opportunities for partners who focus on delivering great customer outcomes," he said.

"A diverse ecosystem of partners in Australia, including Telstra, Accenture and Versent, is supporting customers across all major industries, from banking and finance to the public sector, start-ups and SMBs."

The analyst firm also picked IBM and Google as strong performers, and Oracle, Salesforce, and SAP as contenders.