​Are New Zealanders addicted to digital?

Kiwis spending almost as much time on smart devices as they do sleeping. 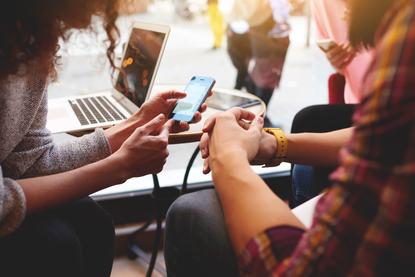 For an increasing number of New Zealanders, using smart devices and accessing online content is no longer just an occasional action, it is a way of life.

Recent IDC findings show that in a typical week the average Kiwi now spends 47 hours using a smart device such as a smartphone, tablet, desktop PC or notebook.

Delving deeper, this figure excludes the amount of time spent using other digital devices (TV etc.) so even if this amounts to a conservative two hours a week, it is most likely that New Zealanders now spend more time on digital activities than they do sleeping in a typical week.

“The average New Zealand consumer owns seven digital devices and four of these can be classified as 'smart' devices (can access the internet).”

Minogue said consumers' willingness to pay for online services is increasing with the adoption of paid for video streaming services doubling in one year, from 12 per cent to 24 per cent.

New Zealand has one of the highest social network adoption rates in the world, with 86 per cent of its consumers accessing Facebook in the last 30 days, far ahead of the worldwide average of 75 per cent and slightly ahead of the United States at 84 per cent.

“22 per cent of New Zealand Facebook users indicate they are "constantly" using the service, showing how a growing segment of New Zealand consumers now see online as an intrinsic part of their lives,” Minogue added.

“In the past consumers saw online activities as something to tap into when required. However, increasingly it is becoming the main tool of interaction in social environments, in entertainment, in work, in communication and in personal life management.”

The survey was conducted in April/May 2016 and highlights the fast uptake of paid for Video on Demand (VOD) services like Netflix, Neon and Lightbox since they came to market.

“It shows that New Zealand consumers are increasingly spending their disposable income on online services such as video, music, and even data storage,” Minogue added.