EMC edges ahead of Veritas in purpose-built backup market. 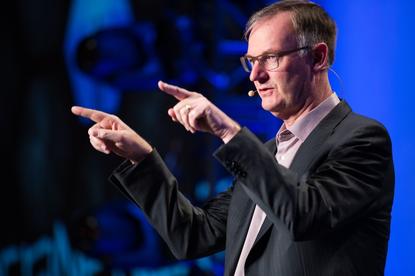 According to IDC findings, total PBBA open systems factory revenue increased 12.0 per cent year over year in 2Q16 with revenues totalling $US787.6 million.

After three consecutive quarters of year-over-year decline, mainframe systems revenue was up by 6.2 per cent from a year ago, while total worldwide PBBA capacity shipped, for 2Q16 reached one exabyte, an increase of 35.3 per cent from 2Q15.

“The PBBA market posted a strong performance in the first half of 2016," IDC research manager of storage systems, Liz Conner, said.

“Responding to end-user pain points, vendors continue to improve their product portfolios with greater emphasis on automation, simplified management tools, improved RPO/RTOs, and the ability to tier to the cloud.”

From a vendor perspective, EMC maintained its lead in the overall PBBA market with 61.8 per cent revenue share during the quarter, followed by Veritas with 13.3 per cent share.

Further down the list, IBM and HPE ranked the third and the fourth position with 5.6 per cent and 3.7 per cent market share, respectively.

Finally, Dell maintained the number five PBBA vendor position with a 2.9 per cent share of the worldwide market.