Cloud continues to find favour among organisations across Asia Pacific. 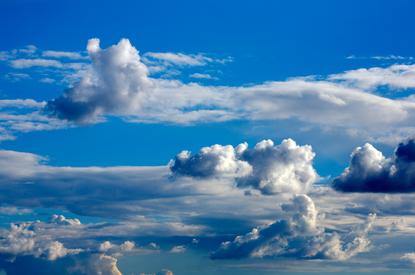 Cloud continues to find favour among organisations across Asia Pacific, with public cloud services recording growth of 41.9 per cent year-on-year in 2015.

Representing mature Australia and New Zealand markets, IDC findings show that the leading vendors have mostly been able to ride the wave with the top 10 players making up a combined 43.3 per cent share of the market.

“All top three vendors now consist of those predominantly playing in the IaaS market, with Amazon Web Services (AWS) retaining its number one position by a significant margin and even increasing its lead from the rest of the pack as it leveraged on its early mover advantage.”

Chung said the shake up in the top rankings saw Salesforce dropping to fourth place overall as the relatively slower pace of the more mature SaaS markets in the cloud era.

Consequently, this allowed Alicloud, who has enjoyed good success in its local market of China, to take third place instead in 2015 with Microsoft - who displayed the best growth among the top 10 players - remaining in second place.

“The market will continue to experience good growth buoyed by digital transformation and the move to the 3rd platform technologies continues and organisations shift gears to the next stage of innovation,” Chung added.

“Changes in the top 10 will likely happen as new cloud native vendors emerge by finding local success and seeking to expand their fortunes beyond their backyard or simply vendors just outside of the top 10, finding their rhythm in the region and gaining enough momentum to break through.”

Going forward, Chung said the cloud services market is expected to experience a CAGR of 23.6 per cent over the next five years.