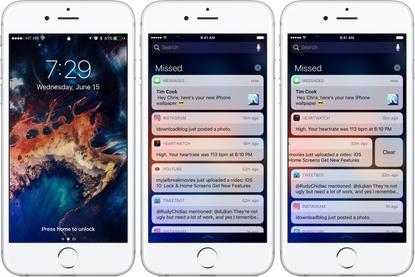 Although Apple stumbled yesterday as it issued iOS 10, the new mobile operating system has gained traction to outpace last year's upgrade by the end of its first full day.

At the 24-hour milestone, iOS 10 accounted for 14.5% of all iOS editions detected by Mixpanel, whose metrics platform is widely used by mobile app developers to track usage and user engagement.

That was higher than the 12.4% accumulated by iOS 9 last year at the same post-release point, but still significantly lower than the record holder iOS 7, which collected a whopping 29.9% within 24 hours of its 2013 debut.

iOS 10's uptake may have been affected by a short-lived gaffe that crippled some iPhones whose owners grabbed the upgrade in its first hour or so of availability.

2015's iOS 9 also tripped out of the starting gate: A year ago, users reported that they were unable to reach Apple's servers in the early hours of availability.

If iOS 10 continues at its current rate of accelerated adoption it will reach the 50% mark after 11 days, or on Sunday, Sept. 25, Mixpanel predicted today. "For comparison, iOS 9 took 12 days, while iOS 8 took 31," the company said on its blog Wednesday. "[But] iOS 10 still probably won't beat out iOS 7, which crossed the 50% threshold in just 5 days."