The files allegedly were stolen from the World Anti-Doping Agency 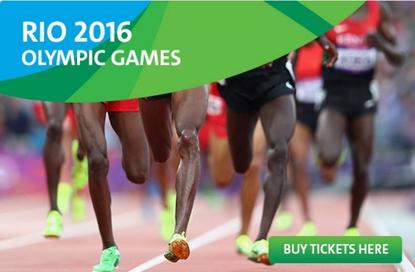 The medical files, allegedly from the World Anti-Doping Agency, were posted Tuesday on a site bearing the name of the hacking group Fancy Bears. “Today we'd like to tell you about the U.S. Olympic team and their dirty methods to win,” said a message on the hackers' site.

The World Anti-Doping Agency confirmed it had been hacked and blamed Fancy Bears, a Russian state-sponsored cyber espionage team that is also known as APT 28 -- the very same group that may have recently breached the Democratic National Committee.

An investigation is already under way, and law enforcement has become involved. In the meantime, the hackers are vowing to release more files. “This is just the tip of the iceberg. Today's sport is truly contaminated,” the hacking group said.

So far, the hacking group has only released files with the names of four athletes: Biles, the Williamses, and basketball player Elena Delle Donne. The documents appear to show drugs that the athletes had received approval to use.

The hackers are trying to cast doubt over those claims. “The U.S. team played well but not fair,” they said on their website, claiming that the athletes were given exemptions to use banned drugs.

The breach is just the latest high-profile hack to be pinned on Russian hackers. On Tuesday, the World Anti-Doping Agency didn’t provide any evidence to back up its allegations about the hack. However, anonymous hackers have been targeting the agency since it published a report claiming that doping was widespread among the Russian Olympic team. That report led to dozens of Russian athletes being banned from this year’s Rio Games.

In August, the agency reported a hacking incident that targeted the whistleblower, Yuliya Stepanova, an athlete who exposed doping on Russia's Olympic teams.

The hackers struck by stealing Stepanova’s password to access her account at the anti-doping agency. At the time, the agency also reported that its users had received phishing emails asking them to hand over their “personal credentials.”

Ben Johnson, chief security strategist for security firm Carbon Black, said it’s often difficult to find the culprits of a hack. But he added, “this smells like Russia.”

"There's clearly a concerted effort to undermine faith in America’s culture and ideals,” he said in an email.

The hackers are using the "Fancy Bears" name, and they've playfully posted a picture of a brown bear and a panda on their site. However, they also reference the hacktivist group Anonymous in their message.

"We are Anonymous. We are Legion. We do not forgive," the group wrote.