Dell Technologies has taken its first step in restructuring its Australia and New Zealand management team, fresh from closing its multi-billion dollar merger of EMC. 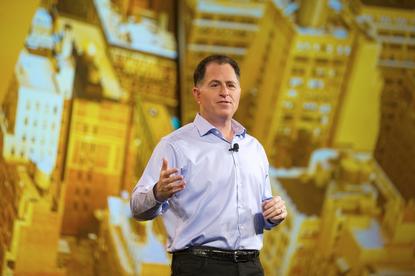 Dell Technologies has taken its first step in restructuring its Australia and New Zealand management team, fresh from closing its multi-billion dollar merger of EMC.

Having joined Dell in 2007, Fox has held a mixture of regional and local roles for the tech giant, contributing to the vendor’s strong growth across Australia and New Zealand.

"The combination of Dell and EMC will create new opportunities and choices for our customers and partners," Fox said.

"Both companies have had long, successful histories in Australia and New Zealand, and with ANZ recognised as a mature market, it is poised to take full advantage of Dell Technologies unique set of solutions to help customers along their path of digital transformation."

Fox said the "Dell EMC advantage is not just about IT", it’s about digital transformation, using technology to enable technological and human progress, and the creation of new operating models, opportunities and value.

“Angela is an engaging inspirational leader who is passionate and focused on the creation of a vibrant, diverse and inclusive workplace that has seen the ANZ business grow consecutively over the last six quarters,” Dell president of Asia Pacific and Japan commercial, Amit Midha, confirmed via a company memo seen by ARN.

From a channel perspective, Fox's commercial team also sees the inclusion of Ng Tian Beng, who will move to John Byrne’s Global Channels organisation to lead the APJ Channel business.

ARN sources can confirm that Beng represents a “channel-friendly” move for the vendor, following an “outstanding job” in leading the Dell South Asia & Korea (SAK) Commercial team for more than six years.

As outlined in the memo, the SAK Channel mix is the highest in APJ at 85 per cent, representing a contributing factor to Beng's appointment.

“The depth of his experience in working with our channel partners will enable him to lead the growth of our channel business across the region,” Dell president of Asia Pacific and Japan Commercial, Amit Midha, confirmed.

Meanwhile, ARN can confirm that the Dell EMC regional leadership team - which will be headed by former EMC Asia Pacific president David Webster - is EMC heavy in terms of representation, with Fioretto responsible for enterprise growth on both sides of the Tasman.

"This is an exciting new chapter, not just for our company but for the whole ANZ technology industry," Fioretto said.

"The fourth industrial revolution is here, and digital transformation has become essential for all businesses across Australia and New Zealand."

Fioretto will assume his new role at the start of the new Dell Technologies financial year.

"His experience with changing SP and consumption model GTM’s will be critical for our Enterprise growth across ANZ."

Joining Fioretto on the leadership team are EMC veterans Dmitri Chen, Eric Goh, Rajesh Janey, Kevin Kim, Toshihiko Otsuka and Denis Yip, who will be based across the region.

“Combined, we have become an even more strategic IT partner, bringing together a strong set of unparalleled, market leading capabilities to our customers and partners throughout the world,” Webster said.

“To maximise this market opportunity, we’ve built a Dell EMC APJ Enterprise leadership team that will set the benchmark for leadership and management in IT across APJ.

“The APJ Enterprise Sales teams will form a key platform for the expansion and growth of Dell EMC across our APJ region.”

Webster said he identified a Dell EMC enterprise sales leadership team that has the “industry leadership experience and passion” for building long lasting relationships with customers, partners and team members.

Going forward, Webster confirmed that both the enterprise and commercial sales teams will offer the full Dell EMC portfolio to the customer accounts in their respective segments.

“These new organisations and reporting structures as announced today will be effective as of February 2017,” he explained.

“Until then, the organisations and reporting structures will remain as they are today.”

Regarding more local announcements, Webster told staff that the company is working "both quickly and carefully" to make these decisions in a "fair and thorough manner".

"You will hear more from your respective leaders once decisions have been made and thoughtful conversations have taken place," he told staff.