​Window of opportunity closes for Microsoft to arrest smartphone slide

Flat smartphone growth is projected for the remainder of 2016, as mature markets veer into declines. 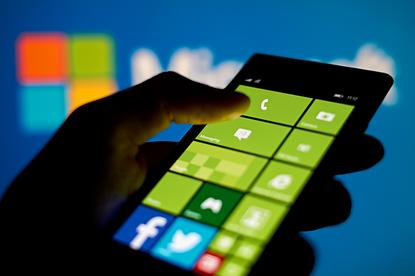 Flat smartphone growth is projected for the remainder of 2016, as mature markets veer into declines.

Leading the slide is Microsoft’s dwindling smartphone business, with research analyst firm IDC predicting a further drop in sales for Windows Phone's market share in the months ahead.

Although the platform recently saw a new device launch from one of the largest PC vendors, the device remains highly focused on the commercial market with future device launches, whether from Microsoft or its partners, also expected to have a similar target market.

Microsoft’s unsurprisingly struggle comes as worldwide smartphone shipments edge towards 1.46 billion units with a year-over-year growth rate of 1.6 per cent in 2016.

Although growth remains positive, figures are down significantly from the 10.4 per cent growth in 2015, with IDC attributing much of the slowdown to the decline expected in developed regions in 2016, despite emerging markets continuing with positive growth.

Developed markets as a whole are expected to see a compound annual growth rate (CAGR) of -0.2 per cent, while emerging markets such as Asia/Pacific excluding Japan, are forecast to experience a CAGR of 5.4 per cent over the 2015-2020 forecast period.

“From a technological standpoint, smartphone innovation seems to be in a lull as consumers are becoming increasingly comfortable with 'good enough' smartphones.

“However, with the launch of trade-in or buy-back programs from top vendors and telcos, the industry is aiming to spur early replacements and shorten life cycles.

“Upcoming innovations in augmented and virtual reality (AR/VR) should also help stimulate upgrades in the next 12 to 18 months.”

Looking ahead, consumer preference for larger screens is expected to continue and the growing interest in AR/VR will only drive that forward as phablets (5.5 inches and larger) go from roughly one quarter of the smartphone market to one third by 2020.

“As phablets gain in popularity, we expect to see a myriad of vendors further expanding their portfolio of large-screened devices but at more affordable price points compared to market leaders Samsung and Apple," IDC research manager, Anthony Scarsella, added.

“Over the past two years, high-priced flagship phablets from the likes of Apple, Samsung, and LG have set the bar for power, performance, and design within the phablet category.

“Looking ahead, we anticipate many new 'flagship type' phablets to hit the market from both aspiring and traditional vendors that deliver similar features at considerably lower prices in both developed and emerging markets.

Windows aside, in terms of share, IDC does not expect much to change from Android, with the platform expected to maintain greater than 85 per cent of the smartphone market.

“Google's introduction of Daydream and Project Tango will help usher in new use cases and will help participating hardware vendors to offer differentiated experiences in the premium segment,” Scarsella reported.

For Scarsella, the latest release of Nougat and Google's ongoing ambition to secure Android will help the OS secure a better footing in the commercial segment.

Specific to iOS, the rumoured removal of the headphone jack and the expectation of a significant hardware refresh in 2017 - the tenth anniversary of the iPhone - are contributors to the first full-year decline in iPhone shipments in 2016.

However, IDC does expect a rebound in 2017 and beyond as iPhones reach nearly a quarter billion units in 2020.