The recall is embarrassing for Samsung and its latest flagship smartphone. 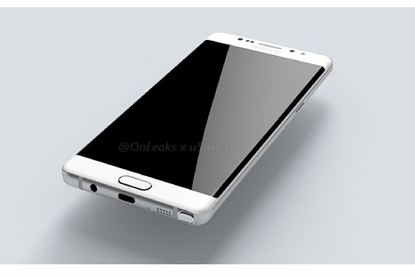 Samsung is halting sales of its recently-launched flagship Note 7 smartphone and recalling phones of this model sold worldwide after reports of several units catching fire due to battery problems.

The company examined a phone that had caught fire and confirmed a faulty battery was to blame, according to a Yonhap News report. Of the roughly 1 million Note 7 handsets already sold, only 24 contain the potential problem, Samsung said late Friday in Seoul.

Users will be offered a replacement phone.

The recall is embarrassing for Samsung and its latest flagship smartphone, but the company is hardly alone. There are many reports of phones catching fire due to battery problems, but they represent a tiny proportion of the billion phones sold each year and typically don't amount to major recalls.

The Note 7 was launched in the U.S. on Aug. 19 and is the latest from Samsung to include a fast charging feature, which attempts to replenish about 50 percent of the battery in about 30 minutes. That's considerably faster than a traditional charge and can put the battery under additional stress.

A review unit being tested by IDG News Service has experienced battery problems on three occasions when the phone has rapidly lost charge. In one instance it went from around 60 percent charge to zero in a couple of minutes and on two subsequent occasions it suddenly shut down while showing around 30 percent charge. On all three occasions, the battery showed 0 percent when reconnected to a charger.

Asked about these issues on Thursday, Samsung sent a statement in reply saying it was "conducting an inspection" on all reported battery issues and would "share the findings as soon as possible."